Back From Outer Space...and Skyrim 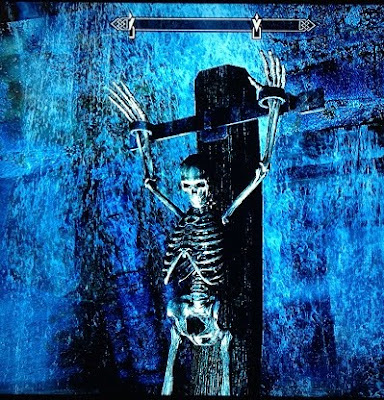 Coming back to writing after a rather extensive break is one of the most surprisingly difficult endeavors I have yet to task. Keeping this blog alive has been a labor of love for over two years now, but at some point in December the sheer responsibility of it washed over me, bringing with it a waves of doubt and uncertainty. I started to read my own work and judge it both critically and terribly. Instead of powering through this phase of icky self-consciousness, I abruptly stopped writing. Probably the worst reaction, in hindsight. Because here I sit, my fingers patiently waiting for my brain to unravel a knot of thorny briars wedged between a blank page and a stream of easy keystrokes. I convinced myself that if I wasn’t writing that I could just be playing again. Not having a critical experience, but a sinuous player-to-game interaction, working my way through the mountainous regions of Skyrim without quietly noting the scenic representations as codes in a computer, and the narrative outlines as virtual reality and not the output of a team of talented writers. I could just be there, and in being there, accept all of it as truth without over-analyzation. I was wrong. Once that faucet has been turned on, even pulling on it with all of your mental might does not keep the drips from keeping you awake at night. So here I am, and (hopefully) here I intend to stay.

I spent over 100 hours exploring the realm of Skyrim. Pretty typical for an Elder Scrolls game, I hear, with players spending much more than that navigating the land, picking up as many quests as possible and leaving almost every virtual stone unturned. After trying and failing to play Oblivion due to the sheer volume and mass of its countryside and the amount of unachievable quests pulling at my journal bindings from the very beginning, I was sure I would taste the waters of Skyrim, find them chock full of unappealing minerals and spit it out just as quickly. But instead, I found something beautiful and something utterly terrible. The beauty I found in every tree root and every sawtoothed mountaintop. Encountering a dragon is a humbling and majestic happenstance, destroying and absorbing its soul a painful yet necessary task. Standing stones and statuesque figures litter the landscape, while the skies darken to reveal green and yellow patterns against the pinpoints of twinkling stars. The bards sing poetic notes filled with the tales of heroes and monsters. My favorite quests lie North of the actual continent and into an environment encompassed entirely by ice flows and snowscapes. Skyrim is ridiculously beautiful, in all sights and all sounds. 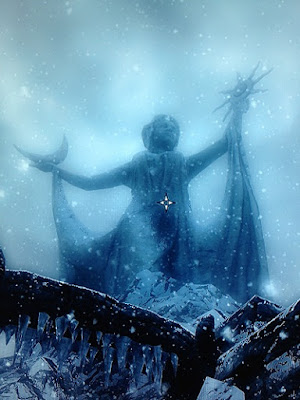 But playing Skyrim isn’t always beautiful. Sometimes it’s terribly compulsive. After several hours of play, I often went to bed in the twilight hours of a work night feeling less accomplished and more strung out, waking up the next day with itching eyes and a throbbing skull, the results of telling myself ‘just one more mission to check off the list, and then I will be xyz'. And with the exception of the main quest and a few of the ones within the more narrative centric lines, most of the random NPC quests felt utterly shallow. If I met a man in a tavern with a terrible story about a loved one dying in a mine, he would without fail ask me to retrieve some memorial trinket from said mine. I would do so, bring it back to him, he would give me money or another bobble and we would never speak again. These tasks, although prefaced with loss or love or some other ridiculously strong emotion, would result in nothing other than a brief tip of a hat before continuing on our merry separate ways. This combination of weak character relations (especially since they allow you to have a spouse, which results in a companion no different from any other, except he/she will give you money) and lack of consequences of almost any action (even carrying through with the civil war plotline only results in a change of guard uniform around the realm and a shrug) made the experience seem surface on every level. And I think I felt this so strongly because of my tendency to have the best damn time in video games when I can see my relationships developing and/or can see the effects my actions have on the surrounding environment.

I hate to compare Skyrim to Dragon Age, but in terms of what I am looking for in a potential time sucking RP experience, playing a shallow quest-to-quest adventure just isn’t as rewarding as playing a quest-to-quest adventure that also includes meaningful conversation and, yes, I’ll admit it, sexy time. When my second go-around Hawke disrobed and became a rogue to please mage-hating Fenris, the careful choice of dialogue options to propel our relationship ‘to the next level’ was one of the most fun times I have had in an RPG. It wasn’t just the “Hawke as Kirkwall’s Champion” narrative that made playing it feel rewarding, it was seeing your interpersonal relationships develop or fail with your party members that gave the game the gravity to keep bubbles of joy brimming up on every surface, as opposed to the weak ‘carry on’ sentiments I felt while plodding my way through Skyrim. Being Dragonborn was never as fun as being sassy Hawke, Champion of Kirkwall, enemy to Anders, friend of Varric and paramour of pretty Fenris. It may have held more weight and respect, globally (re: people slobbering all over Skyrim vs the disdain for DA2), but for me, my time (two times, actually) in Kirkwall was absolutely more enjoyable and resonating than the 108 hours I spent slaving away as the Dovahkiin, where my only reward for completing a monumental task was to be able to continue doing into perpetuity, long after the final battle is won.

Now, I will understand if you respectfully disagree with me, as many of your personal drives probably aren’t motivated by character relations but by the epicness of the overall task at hand. Feeling like the Dragonborn, battling Alduin, and following the prideful path of great power and responsibility over an entire nation is pretty neat. But for me, having a drink in a tavern with a companion who tells me their own grand story and building that connection is infinitely more rewarding. In conclusion, Skyrim, I loved you for your pretty face, but am happy to leave you behind (...until DLC is announced /cough). I hear something enticing is on the horizon, and it's name is Witcher 2.

This article about Skyrim on The Ontological Geek is the best.