When my now husband and I first started dating several years ago, one of the ties that bound us so tightly was our shared love of video games. So it made sense that after almost a year together we would spend our first Halloween season carving pumpkins along the same theme. I was head over heels in love with Assassin’s Creed in fall of 2008 (...and 2009...and 2010...and ongoing...), and decided to devote two of my artsy carvings to Ubisoft and the most recognizable symbol of the Creed. Forget spooky faces, it was much more fun to design something we could associate with our everyday lives. The following year we decided to keep this new tradition going, with Matt cutting a silhouette of a splicer mask from Bioshock into his, and me, well, I just really loved the testing lab in 2009, even though I didn’t make my eventual escape until the summer of 2010...which turned into a bountiful year for great games in my book. Being two of the spookiest games of last year, I honored the season by devoting my pumpkins to Alan Wake and Costume Quest, the former being spine-tingling horror, while the latter warmed your heart with pure trick-or-treat nostalgia.

For this year's creation, however, my idea bank has remained empty. I haven’t really loved any games so far in 2011 (note: might change post 10/18, re: Arkham City). But after mulling it over for awhile, I have decided to devote my pumpkins to the namesake for this blog and finally give the multitude of folks who have arrived here by using the keywords “chrono trigger pumpkin” a real picture of what they are searching for, and not just a mashup of two concepts both featured independently over time. So in a couple of weeks, I will attempt to pull off something probably more difficult than I can currently imagine, considering the hundreds of 16-bit pixelated sprites and scenes that are conjured up during a Google image search. So…wish me luck; I’ll post my results should they honor my beloved favorite, but can’t promise a big reveal if they turn out…unrecognizable…and thereby icky.

Here are our fantastic pumpkins from years past:


2008: The Year I Loved Everything Ubisoft, and Matt recreated the Red Ring of Death. 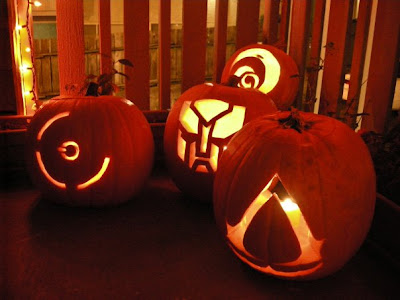 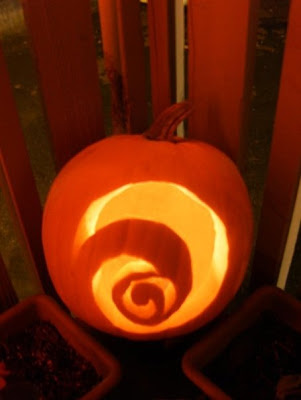 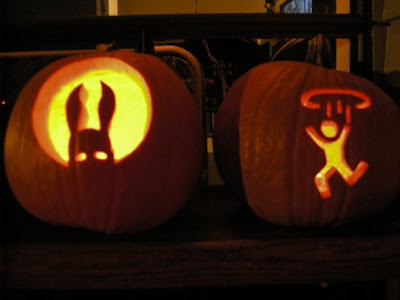 2010: The Year I Loved Bright Falls and Fall Valley 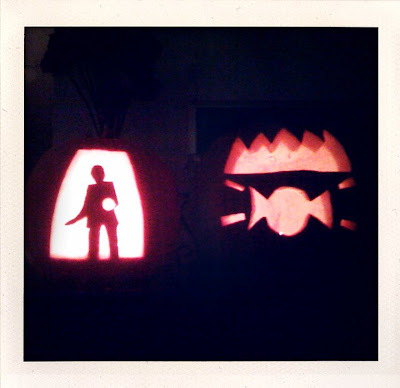 Funny that you are married because I have been married for about a year now myself. My wife does not share in my love for video games unless you count her addiction to plant vs zombies.

I love the pumpkins, your making me think about what I want to be for Halloween now. I was thinking Team Fortress 2 characters my friend the Heavy and me as the Medic. The other idea was non video game related and I was going to be Burt and my friend would be Ernie.