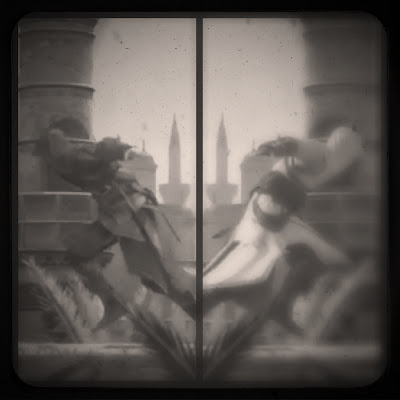 In the real world, being an insanely obsessed lover of all things Halloween, I am currently soaking in the sights of jack o' lanterns popping up on porches all over the neighborhood and the gloomy fall weather, complete with red and orange hued trees. But when it comes to video games, I find myself perpetually coaxing the calendar to crank forward in anticipation of Revelations. New stories from media sneak peeks have been popping up in the online world, gaining steam and revealing content exponentially since roughly around E3. I have ignored most of the multiplayer aspects, because blah, but have tried to keep up with the single player news. From the demo showcased at PAX, it appears that the new crafting element has the developers in a tizzy, but I am less interested in the bombs as weapons than I am in the continually improving stealth elements. In my mind, assassins don’t throw exploding objects in the faces of his victims-that is bully behavior, definitely not the way suave Ezio would conduct business. But the creative director, Alex Amancio, reassured the audience during the Prime demo that their goal is to simply give the player more tools, not command their actions. If you want to hug the shadows and rooftops to avoid detection, by all means go ahead. And this is my kind of play. I heart being a master of mystery. If bodies are exploding around me I can’t keep my romantic vision of the series intact.

Kotaku ran a story this morning about their experience playing a few hours of Revelations, where Kirk Hamilton ‘accidentally’ got to see a bit of Demond’s new realm inside the Animus, which sounds ridiculously interesting: “…when I paused the game, the menu had an option for 'Return to Animus Island.' Naturally I selected it and was greeted with Desmond, standing alone on a misty, mysterious grassy hill. I began to run forward and… an Ubisoft employee came up and physically removed the controller from my hand.” Obviously they are keeping Desmond’s role an enigma at this point, focusing primarily on revealing bits of the interaction between Ezio and Altair in recent and distant past alterations, but the idea of Desmond having some sort of free reign inside the Animus sounds fantastic. So many secrets to uncover.

Between now and November I will continue lapping up the information being released by Ubisoft and remember to fill out that time off request at work for 11/15, my only real decision to make between now and then being which version to pre-order. The basic disc-only version? The Ultimate Bundle that comes with a fancy new Ezio doll and a Leo flying machine? The Signature Edition that comes with extra downloadable goodies? The Animus Edition that arrives complete with the new encyclopedia (currently doesn’t appear to be available in the US market, but a girl can dream)? So many choices… 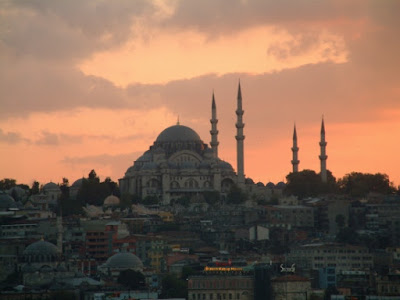 It doesn't help that this photograph of the Istanbul skyline showed up in my employer's blog this morning, as our cruise line embarks and disembarks in this gorgeous city several times a year. So many reminders...