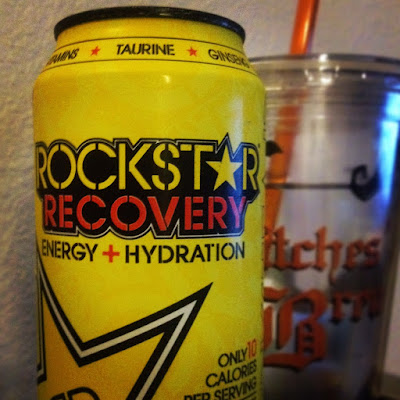 Last weekend I participated in the Extra Life 24 hour game-a-thon, raising charitable funds for Seattle Children’s Hospital. A small group of donators assisted me with my monetary goal of $200, of which I raised 119%, so a heartfelt thank you goes out to my supporters. I thought it would be really difficult for me to pull an all-nighter, considering I haven’t done anything close to that since…well, nevermind, I stayed up all night playing the original Assassin’s Creed in November of 2007. But at 32, I must say that my waking familiarity with the hours between 2am and 5am have diminished over time, so I was happily surprised when, on Sunday morning at around 7am, I watched the sky lighten as the sun rose over not only my third story apartment, but also over the road to Damascus as I, and my heart, was back with Altair after four years of being apart.

I didn't anticipate when signing up for the event that I would ride a bit of an emotional roller coaster as I approached the twentieth hour. Somewhere between cycling through caffeine-induced alertness and sleepy delirium, I felt an almost indescribable fondness for being part of an amazing community doing something wonderful and, simultaneously, the sort of abject loneliness that comes from doing something solo that is better done with a group of people. And although I adore my friends, it's these moments that make me realize how lovely it would be to share my love of video games with a close friend, and not just in a casual, anecdotal way, but as a cooperative experience. Lucky for me, I have the best support in my husband, who stayed up as late as his body and brain would allow him to, bringing me trail mix and Lemonade Rock Stars, conjuring up the best energy-drink-consumption-to-time-played ratio in order to have the most impact. And bless him for sitting with me while I immersed myself utterly and completely back into Ezio’s Roman Chapter for thirteen straight hours in Assassin’s Creed Brotherhood. 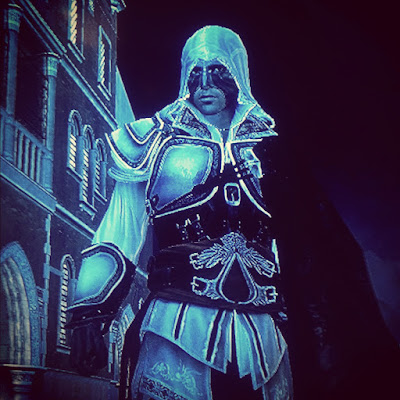 Hours 0-13: When I ‘finished’ Brotherhood last December, I knew there were a few random assassination and/or courtesan missions that I left incomplete, but I had no idea just how much more the game contained. And I am a tad ashamed for that. For example, I freaking adored the Cristina missions, which were added successively to the quest map at particular percentages of sync, but had only reached around 50% when I finished (due to some failures on my part to fully actualize every goal in the process). This means I experienced three of them, leaving two undone, and finished believing the only way I could acquire them would be to re-play many of the previous memory sequences. I was wrong. At this point I should probably finally admit to you, dear readers, that my relationship with Assassin’s Creed is a bit complicated and, well, sort of bat-shit crazy. I have this totally irrational fear that one day the whole experience will be over due to over-commercialization or poor development or whatever other reason game franchises go off the rails and die. Because of that, I find myself constantly leaving little bits and pieces undone like a squirrel preparing for a long winter. Best example: the DaVinci Disappearance DLC released in March, I downloaded it approximately four months ago and played it for the first time last Saturday. I feel more comfortable revisiting all of the unplayed quests and guild checklist items with Revelations on its way, but am sure that I will still compulsively leave small objectives undone here and there in order to better prepare for…well, hell, I don’t know. I suppose I just don’t want to imagine a world where I can’t play Assassin’s Creed. The embarrassing confessional portion of this post is over.

After thirteen additional hours in Rome with Ezio, I can now say that I believe I have left only piddling things incomplete. I finally acquired the last two Cristina missions and executed them with a romantic glisten in my eye, cooing softly at the television with my hands clutched against my overly romantic heart. I sent my Assassino babies on so many contract assignments that about halfway through the evening I noticed I was repeating ones I had already completed. The DLC was great, with a satisfying combination of puzzle, platform and assassination mechanics. While Ezio and DaVinci were temple diving, there was a frank acknowledgement of Leo’s, um, 'partner preference'. Ezio showed his support in a ‘duh, dude’ sort of way and our inventor friend left relieved he would no longer have to hide his ringlet-haired ‘apprentice’ behind closed doors. A mannish shoulder slug sealed the deal. I do believe that I am getting better at playing this game, mechanically. At first I couldn’t imagine scoring 100% on all of the memory sequences, but now I can envision it without too much trouble. The places where I failed to meet the requirements usually came with a few swear words after an accidental counter attack or unintentional weapon swap, not because of a lack of skill. I feel like Revelations is going to be a sort of professional-style culmination of four years of training. So. Excited. 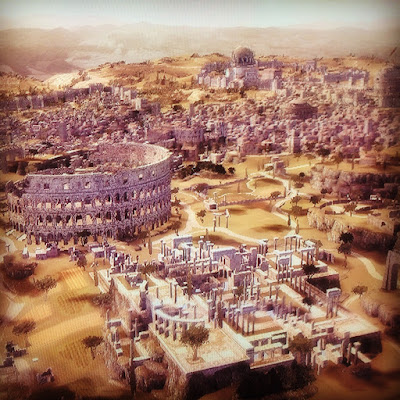 And just when I thought Brotherhood couldn’t deliver any more surprises, I found what I consider to be the most beautiful bug in video game history. Right around the time my loving husband was about to request I take a small break to devour a plate of pesto pasta for dinner, I guided Ezio into a mini-fight along the road to the Colossuem, where a leap off a horse glitched and propelled our hero into the sky, as though his shoes had suddenly developed wings. Although I could no longer see him (unless I tipped the controller skyward, and then was greeted with an Ezio up-skirt), the view of Rome was enchanting as we soared higher and higher, the landscape features growing smaller as we climbed, turning from day to night after about 15 minutes. As I ate, I kept my thumb on the right analog stick a to keep the focus pointed on Rome, watching as the sunlight faded and the lanterns and fires were lit, glittering across the virtual city as though viewing it from the curved window of an airplane at dusk. At roughly the 5000 ft mark (thank goodness for the map marker) the visual aspects of the game finally tapered out, showing nothing but a blue graphical scape below and a starry, clouded sky above. The musical score continued on, with only a slight wind noise accompanying Ezio’s ascension. I know it was a bug, but it was truly magical, a perfect memory for Brotherhood.

Obviously there is more to tell, considering I mentioned Altair earlier, but I'll divide it up in order to avoid any tl;dr moments.