I could sit around feeling guilty about not meeting my personal goal of seven posts in August, but instead I am going to give myself a pass. Life is made of busy and I checked off two or three of the 'top life changes that cause the most amounts of stress' in only four weeks while managing to remain upright and breathing, which I consider a win. I am currently fluttering about in both El Shaddai and Deathspank: The Baconing, but instead of chatting about those yet, here is a highlight reel from the small bits of gaming I have been doing since I finished Bastion: 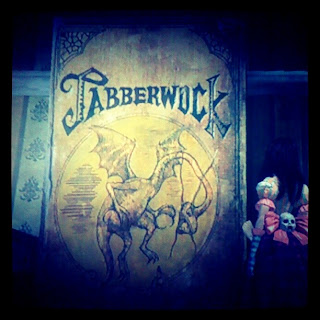 Alice: I finally finished Spicy Horse’s newest chapter of Wonderland: A Study in Cuckoo Insanity. It took me roughly the entire month of July to play, which should give you an indication on the scope and size of Alice’s journey. Completing this game is a testament to two things: my love of beautiful imagery in games and my often foolhardy vow to see something through until the bitter end. But no matter how gorgeous the scenery, this game is way too long-much, much lengthier than it needed to be. I imagine that die hard platformer devotees may lap this one up like cream, but I was exhausted by the time the experience was over. Even the narrative was only so-so. In the end, it was the visual aspects that provided the most reward. If Spicy Horse had designed two or three more chapters, culling the current ones down and infusing new ones with more variations in the stylization, I think I would have been more content. As it stands, Alice is quite pretty, but also quite dull. My feelings of accomplishment almost outweigh my regrets of wasted time and effort when surely there are better experiences to be had.

Child of Eden: It only took one level in the newest version of Rez for me to realize that no matter how brightly rendered and aurally beloved a game is, if it’s frantic in nature, I must put it aside. I have a complex relationship with anxiety, so when my heart is racing and my white-knuckled hands are still gripping the controller long after the level has ended, I know I am in trouble. In saying that, however, I can see that everything about this game is glorious. As a living narrative character, Lumi is painstakingly beautiful. Her innocence and grace introduced the game in such a captivating way that I swear I wanted to write epic poems about her hair and drag out brushes to paint her luminescence across the world one concrete wall at a time. I wish I were up to the task that Child of Eden sets before its player, but alas, my eyes are too big and my poor nervous system is too small.

From Dust: I only tried the demo for this one, as after confidently purchasing a few too many titles that ended up being less than savory, I have started dipping my toes before I commit. And…it was okay. I had a lot of high hopes for From Dust and most them abstract in nature, just relying on another beautiful setting to wrap me in its loving arms even while the miniscule story elements trail doubt behind in skeptical swirls, knowing me better than I know myself. Manipulating the environment is extra huggable, and I could pretty much do just that for hours on end. There is something quite calming about the flow of the water and the brief blip each time a palm tree grows in the sand. So I was quite peeved when a timed interaction completely broke my glazed-over sense of peace and tranquility. In a game that appears very ebb and flow, throwing in a holy-crap-a-tsunami-you-have-to-get-over-there-pronto mechanic is just mean. I am pretty sure that I will try this one again at ‘some future point’ when I have an extra $15 that isn’t already dedicated to Starbucks lattes or Halloween crafting materials. Imagine a lovely rainy autumn night, when the sun has just sunk below the horizon at 5pm and the room is lit by only a few candles and some purple running lights. A blanket covered in little bat patches is snug across my lap, a hot cup of peppermint tea is steaming nearby and From Dust is magically on sale for $10. When that happens, I’m sure I’ll document the experience. 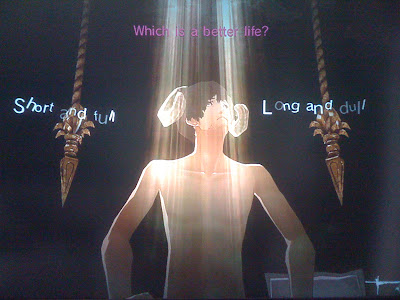 Catherine: This one I still have in my ‘in progress’ column. I started it a couple of weeks ago and loved the bits that made it a mega-loony, interactive anime with innovative, thought-provoking questions, but am pretty bored with the block puzzles. I totally understand the metaphor concerning the subconscious grappling that our hero Vincent is doing during his sleepy-time hours about his K-C-atherine problems and relationships in general, but hot damn, I wish it were more like his waking hours, where I get to wander around a bar, chat with my friends, tool about on my mobile phone, toss back a pint or three, and occasionally play a few rounds of the arcade hit, Rapunzel, after messing about on the jukebox a time or two. Sometimes I think that the great thinking games, those designed for hardcore story lovers, are wasted through actual game mechanics. I would be just as happy playing the game if it were primarily investigative rather than puzzlicious. Either way, I know I will end up back in dreamland with Vincent and his wooly dilemma soon. This one is definitely still in the pending pile.

Beyond periodically mucking about in video games in August, we also attended PAX a couple of weekends ago, where for the most part I left the television gaming to those patient (and younger-bodied) enough to wait in long lines behind to participate in a lot of table-top gaming and dungeon diving in the basement annex as I learned how to properly take on a creature encounter in DnD. Of the few digital games I played, my experiences were surprisingly poor. I jumped into a demo of the new Assassin’s Creed Revelations multiplayer midway through its ten minute timer, which was disarming and totally icky. The headphones were broken and the screen kept telling me to ‘listen to the whispers around you for clues’. Yeah, can’t. One of the players in the demo was obviously a tad more experienced, so basically I spent 5 minutes getting stabbed and waiting to respawn. After patiently standing in a short line to try a run in the new SSX, the exhibitor decided to switch the demo over to NBA Jam the minute it was my turn and refused to do anything other than shrug even when everyone in line behind me booed in disappointment. Due to the long lines and high walls surrounding the Gearbox booth, I totally lacked the motivation to see the Borderlands 2 demonstration, which I figured would pop up online post-event anyway (yep, totally did). Boo on you, triple-A’s…boo on you. 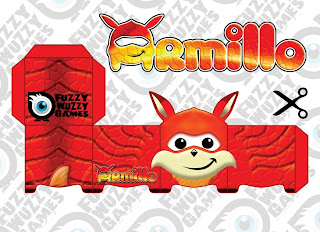 After venturing up to the new Indie Hall (Expo Hall Part Two) on the 6th floor, I tried Armillo, a 3-D pinball-like game set on a spherical landscape (planet) filled to the brim with Sonic-y critters needing to be rescued. The ball is a fuzzy little fox-armadillo hybrid who rolls up in the cutest way. As adorable as the game was, I can’t even imagine buying it, but I did love the little paper craft Armillo the rep gave me. I tested another indie title, Vessel, which was graphically stunning and quite fun to play, but my experience was tarnished by an exhibitor for the game who spent most of his time charming a Media dude and sighing heavily every time I would ask him any questions about the game, either barely responding with one word answers or pointing sarcastically (I swear, it happened). Either way, my PAX experience in the Expo Hall arena was pretty blechy compared to previous years. But the panels I attended, mainly Acquisitions, Inc and the ACR in the main stage, were full of the normal PAX awesomeness, so I can’t complain too much. 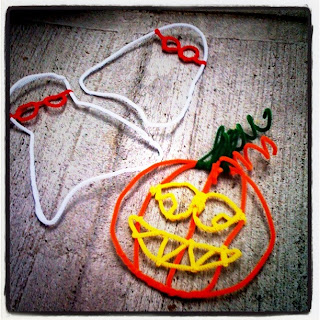 Plus we made fantastic Halloween pipe cleaner art in line for the last round of the Omegathon, which still, days later, delights me to no end.