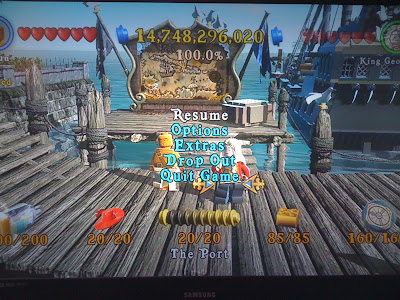 I thought that mastering the cheevo list for a particular game would feel like total victory, but instead it’s almost anticlimactic in direct relation to its exhaustive qualities. Somewhere in the thirty hours I spent breaking various crap into collectible pirate-themed LEGO studs I lost my mojo to actually play the game and instead turned it a laborious chore to reach the finish line in my mind. It doesn’t help that the LEGO games, albeit quite entertaining, are chock full of bugs everywhere you turn, particularly environmental ones, where falling into a tree or rock occasionally locks you or your partner in a perpetual jog, magnetized permanently to an object until you have to restart the level, grumbling. I loved being immersed in the adorable mini world of high seas mayhem and delight, but probably would have stopped after the first round had the mad-eyed completionist resting directly underneath my normally quite lazy skin not grabbed a hold of me and gripped me in its tempting grasp, visions of a 100% status flashing before my eyes. I wish you could choose either Story or Free Play right off the bat because I prefer the Free Play environments so much more, but I suppose that would defeat the purpose of the methodical plod-through that Traveler's Tales has designed for its players. 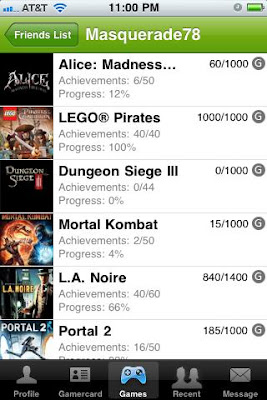 I had the newest Star Wars LEGO game in my Gamefly Q up until its release date, but took it out after realizing how vital narrative elements and theme are to me now that I have several LEGO titles under my belt. And I have zero interest in Star Wars, as a movie franchise, as a collectible catalog, as a lifestyle. Taking the Clone Wars out of my Q is merely a small bit of a bigger picture where I don't want to play games for playing sake's any longer. When I first started this blog, I felt obligated to taste test everything I could get my mitts on – primarily in the Xbox category, but not limited to my normal choices. After a year of dabbling in some of these less than Jessica-savory experiences where I start something just to set it down moments later, I am vowing to stick more to those titles that encapsulate the graphically stylized, narrative heavy, environmentally engaging, romance-is-a-plus themes that warm the cockles of my heart. Which means I am culling down my option list quite significantly. But I am pro this choice, as I feel less pressure to be a ‘I like all kinds of games’ kind of person and can really invest my attention and time in those titles that remind me why I love playing. Losing yourself in the majesty of a fantastic creation is an immeasurable emotion, and one I am quite addicted to. Going through the motions because of some sort of self-enforced inclination to heap variety on the pile is ridiculous. Until I get paid to do this (har-de-har-har)… 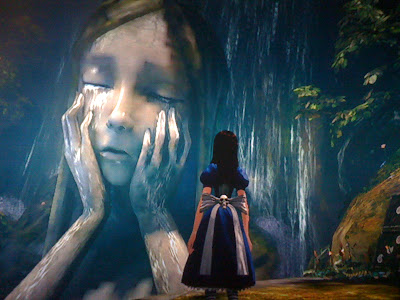 Enter Alice: Madness Returns. Good goddess, Alice is gorgeous. Spicy Horse had me the moment I walked into Victorian London and saw our heroine’s black and white striped stockings. I am shipwrecked under the sea in Chapter Two, and have only a vague idea what my objective is, but could care less considering how much I just like to jump around to see the butterflies and swirls flowing off Alice’s many different dress styles. Alice is an example of a game with boring mechanics-platforming, platforming, collecting, collecting, more platforming-that transcends its dullness through its artistic delights. Whereas a game like POP: Forgotten Sands overcame its boring environment with interesting platforming choices-freezing water, turning back time, memory items-Alice does the exact opposite. This isn’t really a problem, per se, but when you get inevitably caught in a platforming jam, such as continually failing to jump onto a ledge in a perfectly timed manner to avoid giant metal fists trying to pummel you, it’s unbearably annoying. I want to play more specifically to see more. I’m not sure if this is a fail or a success, but I am entranced enough to keep playing to find out.