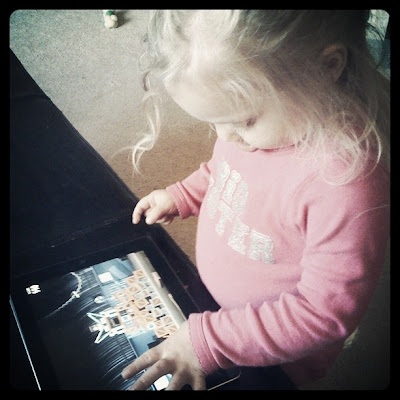 I am constantly surprised by children. Because I don't have any myself, when hanging out with my friend's kids I try to relate by remembering what it was like when I was a youngster-but these memories are so riddled with holes and potential exaggeration that I would feel guilty even utterly the words, 'I remember when I was a toddler...' Sure, there are plenty of photographs of me at that age, but in most of them I am running through fields of grass in a diaper, pulling out cattails and smiling near flowers. My first recollection of a video game entering into my life was via a neighbor's Atari, which I marveled at briefly before heading back into the woods to explore a rundown shack by the river, which may or may not have included a trek across a 'crick'. My childhood years before the age of ten all took place outdoors, scuffing my knees and catching snakes with my brother. It was small town Idaho life, and it was pretty darn cool.

I grew up in Sun Valley, Idaho, which for those who do not participate in winter sports, is a fairly well known ski resort. There was a wide spectrum of kids who attended my elementary school, some of them quite rich and the others not so much. One week during every school year the educational powers that be would let everyone take a 'ski week', busing those willing up to the hills to take part in the glory of being a kid on the slopes. For those who were not so sporty, they offered "Arts, Crafts and Computer Week" instead. And here is where tiny little Jessica was introduced to her first video game, Oregon Trail. Yes, yes, dysentery for all. I have very fond memories of this time I spent with a monster of a computer, clicking away while my fellow students cruised down mountainsides. For the first time ever, I was connecting with a game in a very serious and captivating way, truly caring about my little family of go-getters, eager to chart the west in search of a better life. From there my gaming life turned from keyboards to consoles when we acquired our NES and has pretty much stayed there since.

I recently read a book by Harold Goldberg titled All Your Base Are Belong to Us in which he claims to have researched how video games have affected pop culture over the last fifty years. The premise was a little misleading, since Goldberg mainly described the lives of the people who started some of the bigger video game companies, such as EA and Rockstar, based on the current trends of their day. I was fascinated to read about how each company was brought to life by people who were passionate about gaming from childhood. For most of them, this wasn't a business venture, it was the fruits of a great lifelong love for text-based computer games or Dungeons and Dragons. They charted new frontiers because what they wanted did not exist yet. And these folks did not even have the tools that the kids today have-they had to invent those as well. In a lot of ways, I am envious of both those imaginative souls who paved the way to allow me to revel in such wondrous gifts such as my beloved Assassin's Creed. My mind isn't creative enough to have even conceived of such things. But I feel as though the children of this generation are blessed with not only the tools to create, but also constantly encouraged to believe that they can do anything with them.

I was visiting a friend the other night and her two and a half year old daughter, Devon (pictured above), toddled over with the family's iPad in hand. She navigated swiftly through the front page of the device, sliding over to the second and loading up Angry Birds with an effortless touch of one finger. 'Angry Birds' she called out with glee, launching her little cardinal friend to the stack of blocks and cages...oh, and 'Pineapples!' Ka-boom went the blocks while another bird waited patiently to be shot. I confess, I have only played a couple of rounds of Angry Birds, giving up after a few tries because it didn't pique my interest. But if I were two years old, I could see this sleek contraption, full of animated, interactive puzzles and colors that can be manipulated with merely a touch of my tiny, still slightly uncoordinated fingers being a tiny miracle. No D-Pad and buttons to navigate, merely a fingertip. Achieving her objective, to break items on a pretty screen with a chubby little bird, delivers an immediate and visual reward, much to Devon's delight. The game itself encourages her to keep going, giving her another puffy aviator to try again.

Maybe I am underestimating the learning capacity of a two year old, since I have been told they are wee little information sponges, but I was quite impressed when she called my iPhone 'like an iPad!' and insisted I let her play Tiny Wings for most of the night, another iOS game that she took to instantly. I don't have many memories of being two-beyond the dirt eating and cat fur pulling, so I can't even imagine how I would have reacted to an iPad in all its wonders. The children of this generation are extremely blessed to have such a well of limitless creativity to pull from, and need never fear that they are being held back by technology. They live in a world where almost everyone plays games in some capacity, not just fantasy nerds, computer nerds or rich nerds. And although there is also some pride that comes from being an old school gamer, recalling such ancient tomes as King's Quest and Excitebike, the kids today are winning when it comes the inexhaustible choices about which games they pick to play and how they choose to interact with them.

And I have to admit, the visual of my future daughter and myself, chilling on a couch with an iPad in her hand and a controller in mine...well, it kind of makes my heart grow three sizes right now.

I don't understand what you mean. ;)