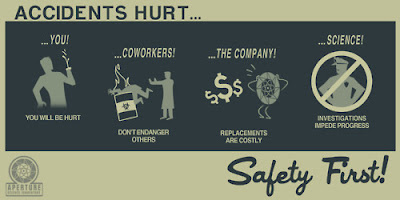 Recently, I’ve been having some trouble playing video games. This is a very discouraging sentiment, considering one of the things I have listed in my life bio under general interests is ‘video games’. March was a glorious month full of Dragon Aginess and I was extra cozy with my wicked skills to slice, dice, min & max-I wielded that dialogue wheel like a goddamn professional. But after my second playthrough, my gaming life turned dull and slightly lifeless. I was anticipating the glory of Portal brimming on the April horizon and mindlessly Clashed some Heroes in the lull between titles. The disc for the RDR add-on, Undead Nightmare, and Dead Space sat collecting dust on top of my entertainment center while I made some lame excuse why I couldn’t play them yet. The truth is, between all of my available titles, I had a hunch that I was going to be skirting the line where my aforementioned mad skills are not so proficient. Having previous given up RDR due to constantly being killed by wolves and my tendency to frantically shoot the tops of trees instead of bandits, my eyes were bigger than my thumbs when I acquired RDRUN, convincing myself that maybe the novelty of headshots and horror wouldn’t be as challenging. Yeah, I actually said that to myself – that headshots wouldn’t be as challenging. Hey, at least my faith in myself is resolute.

What happened first, however, was that I finally downloaded Swarm. And wow, I am really awful at playing Swarm. I know one of the objectives is to kill tiny swarmites in order to gain multipliers, but I’m so good at offing them that there are none left to progress. I made it to chapter two (!!) before I got a massive fail-ache (re: actual growling) and stopped. And all of my good intentions to go back in are merely that, intentions. Fail Diagnosis? Controller/button combination issues. Either the analog stick movement is very sensitive or I am guilty of over steering. I’m going to chalk it up to my thumbs. 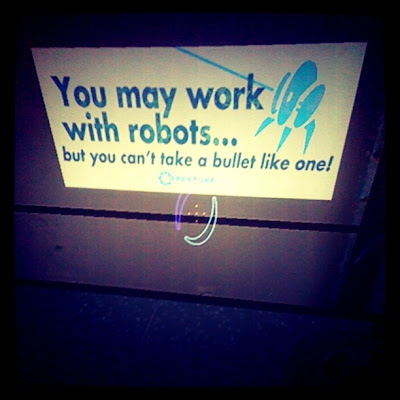 Lucky for me, Portal was released soon after. I had high hopes, considering I have now mastered control over the first person aspect that used to plague me in the past, keeping me from progressing through the rooms because I was always too clumsy for the quicker portal changes. This time around I am having a ball, flinging portals with ease, dancing across faith plates, sliding effortlessly through orange goo and grabbing companion cubes in mid-air. The rooms, although puzzling to be sure, haven’t stumped me in the slightest…until Chapter 7. After flying through the previous few rooms with ease, I became stuck trying to puzzle out how to get a cube off of a hanging platform and my brain started to ache. I’ve felt this in the past, chalking it up to the motion sickness I tend to feel while playing, keeping me from going full on Marathon with Portals. But this is a much different feeling. Maybe it was a late night, maybe I am just not intelligent in the same way a chess player is, but I’m feeling a little glassy eyed. Unlike Swarm, I absolutely intend to head back in and solve it, but during these moments when I start to doubt my own abilities, I tend to get cranky and frustrated, turn off the game and sit on the couch with a petulant pout scrolled right across my little girl face. Fail diagnosis? Temple-throbbing idiocy. Curable, but the symptoms are sob worthy. 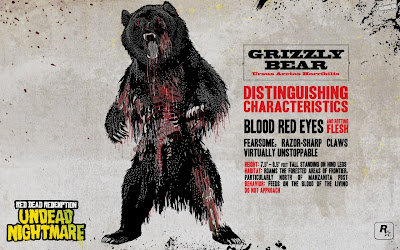 It was during one of these ‘Migraines with Portals’ moments that I decided to finally untuck RDRUN from its sleeve and give it a try. I’m pretty sure I don’t need to tell you how that went, but I will say one thing: having a melee weapon (a torch) was delightful. I burninated dozens of zombies in town, then headed out into the big bad world to light up some more. But just as I started to think that everything was going to be okay, I ran into the woods…the darkest woods you’ve ever seen…and got caught in a hoard. My torch with its three hit per kill minimum was zero help (and I'm pretty sure I accidentally tried to light my horse on fire), so I died, respawned, charged back into the fray (or the empty forest, it was so ridiculously dark I am unsure) and got killed by a pouncing mountain lion. I give up. Red Dead Redemption and I are not fated to be. I tip my hat to its obvious beauty and grace, but officially bow out for good. Fail diagnosis? My utter inability to manage the mechanics. Once again, I don’t know why I thought adding zombies would make the game easier for me, but between the wolves, mountain lions, bears and dusty undead, the Wild West is nothing but a Jessica kill fest.

Back to Portal 2, where a giant ibuprofen should aid all that ails me. You can read a little bit about my experience with the co-op mode via an interview I did on Wired.com's GeekDad blog here. I may not be a dad, or even a parent for that matter, but I'm awesome, so it counts.

Next, LEGO Pirates of the Caribbean, because sometimes a girl deserves a sure thing.