While I Was Sleeping 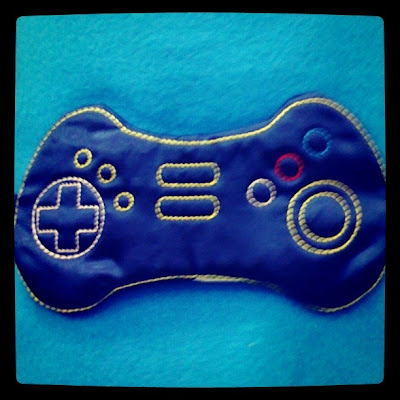 According to Jane "Reality is Broken so ZOMG, Let's Gamify Eating Dinner" McGonigal, one of the highlights of being a gamer is that we have a higher chance of experiencing lucid dreaming. Unfortunately, I am not one of those individuals. During those rare moments when I can recall anything other than swatches of visual cacophony, I am usually a participant in some abstract situation looking out of my own eyes but without any real control over the environment. Nothing is ever terribly clear and the conditions I find myself in are normally quite bonkers. For example, I once had a dream about rescuing my younger brother from a cage surrounded by Nazis in a canyon by luring the guards away with a pink-frosted birthday cake. What the hell could that mean, dream weavers?

A couple of weeks ago I had a dream about Dragon Age. I would love to say that in my dream I took on the role of Hawke, haughtily swinging my staff in the direction of a hoard of darkspawn, but sadly it wasn’t a dream within the Dragon Age setting but about the game itself. Remember when I mentioned a three week training class I was teaching? Instead of showing my students the intricacies of using an airline system to book flights for cruise passengers, I was guiding them on the best way to play Act One in DA2. Could my sleeping mind get any more boring? I’m actually pretty disgruntled about this. Although it led to a great status update on Facebook:

I suppose it didn’t help that I was going from work, which was fairly strenuous and life consumptive, to home, which was quite Kirkwallian, every night for 15 working days straight. My brain just didn’t know what else to do, so it created an environment for me that was the perfect blend of my dual activities. I recall lecturing everyone on the best way to invest in the Deep Roads Expedition, warning them about the future consequences of accepting Dougal as a financier instead of raising the money on their own, but ultimately leaving the choice in their hands. Eight serious pairs of eyes peered at me over television sets while diligently taking notes. I then directed them to pick up their controllers for a hands on demonstration. I may have been wearing a cardigan and a pencil skirt. Best. Job. Ever.

I am of two minds on the idea of dream gaming. On one hand, dreaming about video games has the potential to be awesome, as we play some of our favorite titles merely because of the intense immersion factor within a desirable environment. I adore Rapture and would love to place myself within the setting and narrative of either Bioshock game, especially knowing that I couldn't get hurt or had the tools to protect myself from harm. And if I can’t spend my waking hours truly experiencing Ezio’s Renaissance flavored Italy, it sounds amazing to dive in using my subconscious self as an avatar, walking stealthily alongside the assassins and running along the rooftops to our next imperative mission. If I could learn the art of lucid dreaming, I would be free to choose this every time and would absolutely gamify my dreams, burying goals and cheevos into my own personal fantasy settings.

But on the other hand, I don’t think my brain could separate being part of a video game environment with the act of playing the game. For example, last night I dreamt I was in a café with a few friends from high school. We were chatting about how isolated one of our friends had become. I reached into my pocket to retrieve my phone and instead pulled out a Playstation controller. On a wall over the counter was a television screen and I instantly started playing Chime Super Deluxe while calling and talking to my friend. It was as though my sleeping mind was dealing both with the dream images and settling a round of Chime that I was engaged in earlier that evening. This went on for the entire dream – simultaneously experiencing the situation with my friends and their issues, but also playing rounds of the Tetris-like puzzle game on blank walls and television screens scattered throughout the environment. Although I enjoyed the musical soundtrack of this particular instance, I woke up rather exhausted. Have you ever heard people say ‘I woke up this morning so tired. I guess I was running around in my dreams all night’? Playing video games in a dream feels pretty similar. Instead of random images chasing each other around in some sort of semblance of order, I was actively focusing on putting tiny geometric pieces on a board in a logical pattern. And, ugh, I definitely woke up with a creak of an eyelid instead of a bounce in my step. 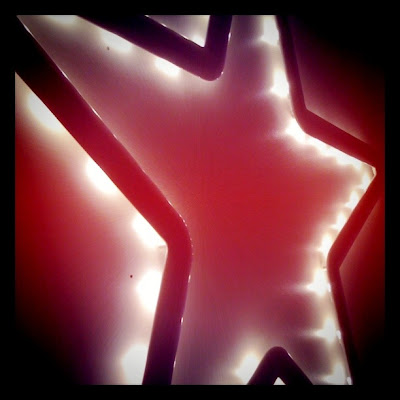 I’ve heard it said that whatever you are doing (or eating) before you go to bed can affect your dream state, but unfortunately I can’t recall any other game related ones in my past, even though the last thing I do almost every night is turn off the Xbox. But until I can figure out how to interact with a game environment within a dream instead of visualizing the game as a physical thing or merely repeating a playthrough step by step, I think I would rather wake up with a fading memory of boring conversations or of trapping guards with delicious birthday cake.

Email ThisBlogThis!Share to TwitterShare to FacebookShare to Pinterest
Labels: Philosophizing

The other main dream I remember is less a dream and more sleep-gaming. About six or seven months back I was playing Field Runners each night before bed on my PSP, and one map in particular was IMPOSSIBLE to get through. I woke up one morning very irritated, since I'd dreamed that I finally beat that level, but I knew I hadn't played the game the night before. The next night, though, when I started up the game, the level was cleared with a near-perfect score. I was literally able to do in my sleep something I'd been failing at for over a week while awake!

I can't count how many game dreams I've had, both as a mere observer or as a semi-lucid dream. In the semi-lucid ones I'm "awake" and aware that I'm dreaming, but still can't control the events, kind of like if you put yourself in a character's position while reading a book, rather than watching the character in a movie or game.

The first and main dream I can remember is from the super-old-school North American SNES Final Fantasy III--the version with so many beautiful glitches that gave me infinite copies of things like the Illumina sword. In the dream I'd discovered two secret Espers that weren't really in the game, and it was so real that I obsessed over it for quite a while once I realized there were two empty slots in the Esper menu. Unfortunately for me at the time but eventually vindicating my obsession, the GBA version added in Leviathan & Cactaur (though it'll always be Cactrot to me). :p