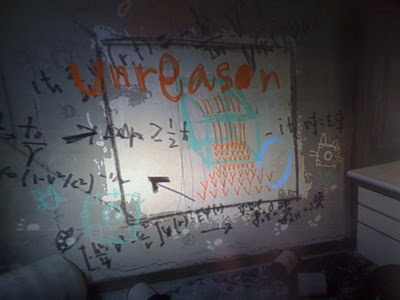 During a panel at PAX East, Irrational's Ken Levine discussed how adding environmental details enhanced players sense of belief in the world they are navigating. I can't recall the exact phrasing, but it was along the lines of 'if you show them someone's living room, they are more likely to believe everything else going on around them, even if people are shooting fireballs from their hands'. In a game like Portal 2, where the test lab acts as a central character, most of the objects lying around may as well be a painted on facade due the lack of interactive capabilities with any of them. You can see papers on a desk, but nothing moves when pushed, while doors with handles stay frustratingly closed and are rendered flush with the wall. In a world where most in-game objects are manipulatable in other titles, this almost seems funny, but the choice is obviously deliberate. Why bother with those details when the character interaction with the lab is so utilitarian? When your goal is to solve intricate puzzles quickly and craftily, there is no need for in-depth environmental choices beyond the best way to move forward. 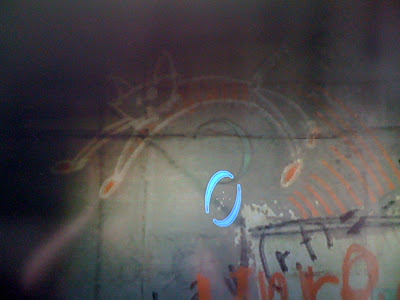 But if the lab, and the broken bits of areas outside of the lab, were just stark white, like in the first game, or cracked and in shambles, like the second, the narrative, which is about 10x more important in the sequel than in the original, would suffer. So, to give the player a sense of the humanity that once inhabited Aperture Science, Valve does something that I am fascinated by -- they leave telltale signs of the once flesh and blood scientists tucked within the areas outside of GLaDOS's direct control. In the first game we initially saw the mad scratchings once you broke out of the lab, informing you over and over again that the cake was a lie. In the sequel, however, these messages are scrawled on whiteboards and office walls, make no real sense other than 'we, the scientists that worked here, have got bat shit crazy and it's all because of her.' A backstory unfolds even without anyone being there to testify. And that is Portal's 'living room' moments, where your belief in the setting dives deep, because for a long time it's the only sense you get that Aperture Science was not always a devious place of infinite testing, but once an office building where white coated men and women cheerfully went about their day, not knowing that one day it would come to this. 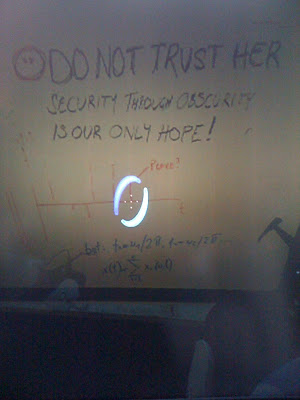 I am about 80% done with the co-op and 15% in to the single player. I find with a brain squeezer like Portal, it's best to do it in small doses lest my ticker explode. Plus, it's just so delightfully juicy, I want to savor every moment. Oh, except with Wheatley. Yes, he's funny, but his little ball of comedy is adding nothing to my perception of and relationship with the lab. I like the silence being broken up by nothing but the calmly insane voice of GLaDOS and the soft pleads of the turrets. His weird British witticisms break my fourth wall in an unpleasant way. Maybe I will warm up to the critter later (or maybe he's dead forever), but for now I would be pleased to see robot pinchers squish him into oblivion over and over again.

Email ThisBlogThis!Share to TwitterShare to FacebookShare to Pinterest
Labels: Portal 2