Empress of the [Place That is Totally Not Rapture] 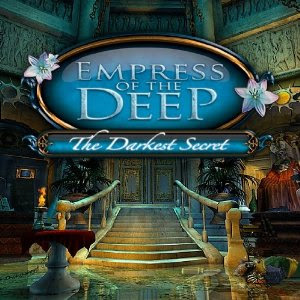 I'm pretty sure I've talked about my lack of enthusiasm for iOS games in the past...yep, here. I still feel that way, my iPhone being primarily a way for me to text friends, bury people in Instagram photos and be perpetually annoyed with facebook's mobile interface-so really, nothing's changed. Recently, however, an iPad has made it's way into our household and with it comes a veritable smörgåsbord of new games that Matt has been attempting to entice me with over the past month or so. I glance at my Xbox, it winks back, we understand each other and I usually decline. We're like this. Yesterday, however, while pursuing the news, I read a little blurb about an iPad game called Empress of the Deep. Described by the reviewer as a mix between Myst and Bioshock, I was intrigued enough to remember it later when Matt was playing Clash of Heroes, his iPad sitting innocently next to him as opposed to in his lap. He found the demo, plunked it in my hands and invited me to go to town. (Secretly, I think he wants me to fall in love with the sleek little device and get one of my own so we can be iPad iPals.)

Confession? Before yesterday I had no idea what kind of games Big Fish designed. The reason this is so shameful is because their corporate HQ was located right across the street from my old work, the employees strolling past on their way to eat lunch or get coffee every day. If I stood up in my cubie, I could see their fishy logo dead center on the building. In my head I thought, 'probably some sort of browser bs' and dismissed them. God, I am such a snob. Turns out I was only half right. Anyway, Empress of the Deep is indeed a puzzle game like Myst, only much more straightforward as in 'the plot actually exists'. The mystery begins in an underwater, dome-enclosed city that for some reason is fully lit with sunlight and contains lighting storms -- but let's not get caught up in details, shall we? Because overall, the game itself was actually fun. You play a woman named Anna who has been awoken from what appears to be some sort of stasis sarcophagus by a man named Jacob, who speaks to you from a book that also serves as your menu/inventory/quest log. A masked woman named Pandora is attempting to control the realm and it is your job to figure out her wicked plan. After exploring the first room, the game gives away most of its mechanical secrets, which include hidden object seeking, clue gathering and puzzle solving. Rinse and repeat throughout, add progressive difficulty levels and wa-la, Empress of the Deep: The Darkest Secret. 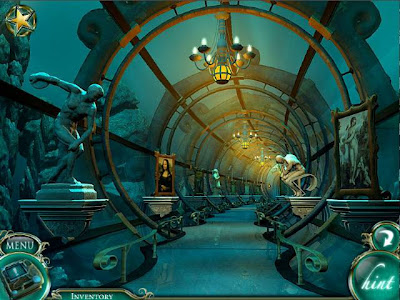 What made the game interesting wasn't the fairly cliché, twist happy story, but the gorgeously rendered setting, complete with a creepy-yet-compelling soundtrack. Now, I don't want to make a lot of comparisons to Rapture, because when you are actually navigating along the cobblestone pathways and through the few high arched Roman buildings there is zero sense that you are visiting Davy Jones' Locker, but there are a couple of corridors and a pull switch on a little underwater travel pod that made me seriously nostalgic for splicers and crazy, bloody political messages streaked along the walls. Other than these few moments, though, most of the game is spent traversing an area that looks like Nebuchadnezzar's idea of the most perfect garden ever, searching for three family relics in order to find the truth. The book you carry contains an section specifically for pressed flowers and vine-draped statuaries guard the pathways. A soft underwater gurgle can be heard throughout the journey, with the disturbing laughter of a child piercing through occasionally to heighten the creepy factor.

It is truly beautiful. Even I, the queen of details, managed to suspend disbelief during my playthrough, ignoring the nitpicky questions flashing through my head. Like, if this place has been abandoned for so long, why are the pathways completely clear of debris? Why does this place look like a garden exhibit in the British Museum? And seriously, where is all that sunshine coming from? I took it for what it was-a simple puzzle game with a great setting and a shiver-inducing soundtrack-and was content. It costs five bucks, takes about a hour to play, and is quite satisfying for those who like point and click mysteries. Now that I have been woken up to what Big Fish is up to, I might just see what else they have along the same vein. 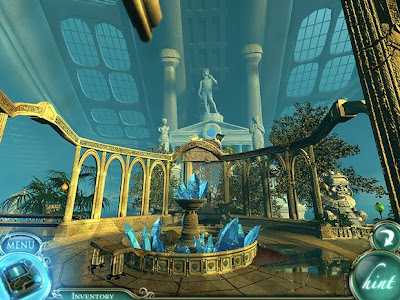 Back to Portal 2. Where I have been known to describe the co-op mode as 'For Lovers'. More later.

Email ThisBlogThis!Share to TwitterShare to FacebookShare to Pinterest
Labels: Empress of the Deep, iPad