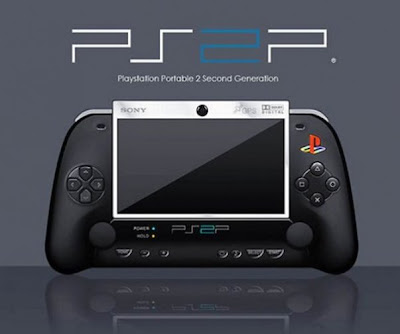 Confession: I feel fairly apathetic about handheld systems. I have tried numerous times to turn my DS Lite into something other than a larger way for me to play puzzle games on plane rides, but after a few valiant attempts at playing more substantial RPG-like games, it always ends up back on the shelf next to a little black pouch containing my original GameBoy. Last summer we were going on a fairly sizeable road trip and I asked Matt if we could stop by GameStop so I could pick out a couple of DS games because I was determined to spend some time with my lonely handheld device. I bought a Prince of Persia: the Fallen King and Meteos. I played a few levels of PoP, never opened Meteos and before long my newly charged DS was back on the aforementioned shelf, slowly leaking its ability to turn on without having to be plugged in again. I always pack it in my PAX-bag to laugh at dirty Pictochat pics (32 going on teenage boy), but ultimately, I am just not a tiny screen kind of girl. I prefer the feel of a controller in my hand while my eyes stay focused dead ahead on our 60” television and my surround sound serenades me with in game symphonies. My iPhone gets way too much attention, but most of it focused on various social networking sites, my Google Reader app and figuring out ideal movie times. I recently purchased Drop7 during a Child’s Play draw and have been lazily playing it while listening to the television or sitting on the bus, but the really epic iPhone games that 60% of the Western world are staring at devoutly RIGHT NOW, WHILE I TYPE THIS have passed me by. Wait, hang on-I did play three levels of Angry Birds before realizing just how idiotic it is and deleting it. And I do have an ongoing Scrabble game with my mom via facebook at all times using the mobile app. But that really is the extent of my tiny screen gaming. All of the other games in the photo below get little to no face time and haven't been removed largely because I paid actual pennies for them. 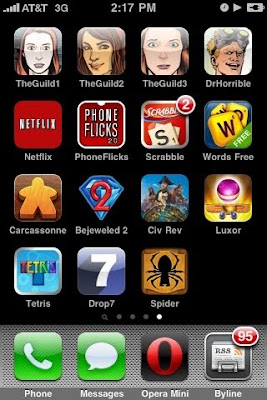 So it’s baffling to even me that I suddenly have an interest in the rumors and speculations regarding the PSP2. I am going to have a bit of extra funds to put towards something pretty for myself in the near future, and instead of shoes or earrings or whatever the girls are buying themselves these days, I want something video game related. I rarely buy anything superfluous for myself over $50 unless there is a dire need for it (like the new Xbox slim we bought when our old one bit the dust-that was clearly an emergency), so wanting a small piece of machinery that will cost hundreds of dollars is a pretty big deal, especially if you factor in my history of ignoring handhelds shortly after acquiring them. But something about the rumors floating about in regards to the prototype models and specs has my attention. I think the idea of multi-functionality interests me most, even though I know Sony has yet to release any real information about it. But to compete in the world of the iPad, I am sure they have some tricks up their sleeve to make it fancy enough and the screen big enough (hearsay!) to warm my anti-tiny screen heart. I also feel as though if I invest the money myself (my DS Lite was a gift) I will baby the hell out of it and try to play it as much as possible, considering how I normally feel about buying unnecessary items for myself (Stay out of debt, kids!). Beyond functionality and the various ways you can use the PSP2 (movie player, rumored e-book reader, obvious zombie apocalypse communications device, etc), however, my choice also depends on what titles are in the backlog and which ones are announced at launch. I know that Matt would love to play Valkyria Chronicles 2 and I am curious about Ghost of Sparta, so at least we are a couple of games in to justifying the potential investment (assuming it's backwards compatible, of course, which would be ludicrous if it turns out not to be). I am going to start doing some research and listening to the information pulse as it gets closer to the fall season, when this little gadget is rumored to be revealed to the public.

Email ThisBlogThis!Share to TwitterShare to FacebookShare to Pinterest
Labels: PSP2

We must be channeling the same brain waves or something. Just saw that I had a follower on my blog (you) and went to check out your blog.

Saw this as the article on top--and I JUST finished writing an article about the PSP2 (http://www.acerbicgamer.com/2011/01/psp2-what-it-needs-to-succeed.html). Personally, I can't even find time to keep up with the console and PC games I have, let alone another system. If it's killer enough, though, I might consider saving some funds.

I saw that. I thought maybe we had both seen the latest Kotaku articles and it was fresh in our minds.

In other coincidental news, the first post I saw when landing on your site was the Enslaved one -- and that happens to be the game I am playing right now. The 'only being able to jump from these four inches of this four foot wide platform' is crazy-making, but the story is genuinely touching.

I have a number of things to say yet about Enslaved-- just haven't found the time yet.

As for Kotaku, their interface just annoys me. Way to hard to sift through all of the 5-sentence blurbs and find the interesting articles. So, despite how big they are, I usually just ignore them.

That's the beauty of Google Reader -- ignoring loud, splashy, advertising heavy websites and choosing the articles you really want to read while ignoring the rest. :)