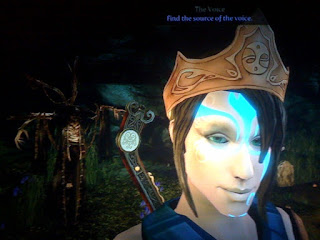 I feel sad admitting this, but after a couple months of reflecting on the experience, I have to say that Fable 3 isn’t a great game. Nestled in the moment I felt as though it was a passable and amusing experience, with a lot of meaningful choices and relationship elements to hold it up over the brilliance that was the second, but in reality those aspects couldn’t hide the blandness of the narrative and its unoriginal mechanics and repetitive ambiance recycled from its predecessor. And nothing made this more apparent than playing the first chapter of the DLC, the Understone Quest Pack. If I could take my 1.5 hours back and choose not to play it, I would. The Quest Pack gives you three new interactive elements: a Quest, the Shooting Range, and the ability to play Reaver’s Wheel of Misfortune again (aka, the Arena/Colosseum). After experiencing an amazing five-six hours or so playing through the DLC for Fable 2, Knothole Island and See the Future, I was expecting so much more than the 1.5 hours I got in Understone playing the Quest portion. And the game locked up at a point near the end and I had to start all over from the beginning about 30 minutes in. But it was while I was running through the cave system below Bowerstone Industrial, following the glittering line before me into the depths where skeletal wolves and Hobbes lurked around every corner that I began to realize the extent of my boredom. And while visiting the shooting range to see how it worked, I literally fell asleep with my controller in my hand (needless to say, my score was terrible). Granted, I had just consumed a delicious mixture of hot cocoa and Irish Cream (definitely a sleeping draught), but I am pretty sure I’ve never fallen asleep in the middle of a game before now. Understone = Underwhelming. 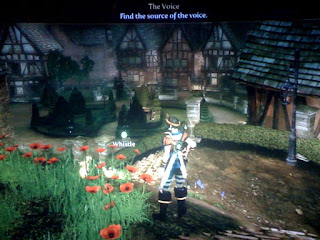 The main quest of Understone takes you first to the factory in Bowerstone Industrial where the foreman is annoyed by a ‘Voice’ coming from somewhere below the building. They play it off like a haunting, but it’s pretty obvious it’s coming from a mechanical speaker (much less interesting). He requests you discover the source of the “Voice”, which takes you into the caves below the city via a door conveniently located right there. Yep, right over there-no plundering into the sewers to find the entrance to this lost place, it’s right there in the main room. After descending a few miles or so into the catacombs (so to speak) you find an entire city full of people living uncomfortably under the rule of a man named Montague Hummes. He has saved them from the Spire-related chaos in Fable 2 by bringing them down to live below the surface like moles and spouts out motivational “you’re safe here, don’t ever leave” jargon from loudspeakers located all around town. There is a pervasive sense of evil overlord here (think the Preacher in Poltergeist 2), but it doesn’t really pan out that way. I thought the mini-narrative would branch out more than it did and was highly disappointed by the ho-hum conclusion. Some of the side quests in the main game were longer and more emotionally viable. I guess I should not have been expecting Knothole Island when I initially downloaded the Understone chapter (mostly because it’s only $5), but once inside it’s hard not to compare it to the depth and breadth of that particular DLC. But beyond all of the length disappointments, is it fun? Not really. Unless you are the person who thinks that the highlights of the Fable franchise are running and fighting skeletal Hobbes for about 45 minutes-if so, then this is Lionhead’s Christmas present just for you. 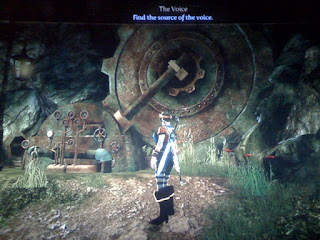 All of Fable 3’s disappointing qualities shine brightly in Understone. The Wheel of Misfortune and shooting gallery additions pale in comparison to the ones in Fable 2. The mindless running and fighting mechanics that accompanied an interesting mission in the main game become obviously unappealing when the quest can’t hold up the motivation for doing so. When the anticipation of the end result falls flat and into tatters on the cavern floor, it becomes clear that the entire game was filled with these nonsensical and monotonous elements, with bright patterns and sequins sewn over the top to hide the shabbiness. And this is really, really depressing. Fable 2 was one of the best games I played in 2008, but while I am contemplating my list for 2010, Fable 3 isn’t even a contender. I actually surprised myself when I forgot to add it to my list of potential games of the year. Yes, I said forgot. It’s really difficult to reconcile the idea that I could talk so much about Fable 3 and then overlook it completely less than two months later. Like I said before, if I could take it back and not play the DLC, I would, because although I did have some fun playing the main game, moving through Understone was a depressing reminder of why Fable 3 can’t hold up to the fabulousness that was Fable 2. It's possible that the next round of DLC will be longer and contain more depth, but my advice? Recall your Fable 3 playthrough fondly and put it to bed for good.