Some Thoughts on Rock Band 3 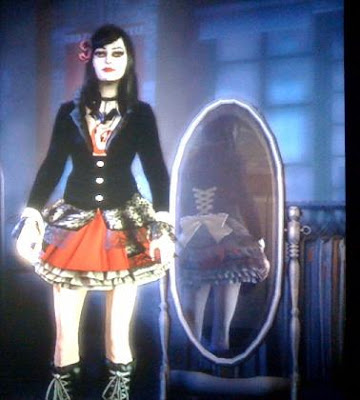 Last Friday we looked into the media basket on top of our entertainment center and saw a lone red Netflix envelope taking up the space where a handful of white and orange Gamefly sleeves and green Xbox shells are normally stacked. We looked at each other in disbelief. ‘Do we have any games to play?’ Matt asked me. ‘Nope,’ I replied, ‘we sent them all back last week and I finished Fable 3 and put it in the bookshelf.’ No games to play? In our house? That just wouldn’t do. We decided that this would be a great time to finally buy Rock Band 3. Late on Saturday night we ambled over to our local Fred Meyer and purchased the disc (sans keyboard) and a bunch of juice to mix with the giant bottle of vodka currently chilling in our freezer. Rock Band and alcohol are pretty much synonymous in our household. If you ask, Matt will be happy to tell you about a night long ago where we got a little tipsy and I ended up singing War Pigs at the top of my lungs at 3 am. It’s a ritual.

Starting a new Rock Band game is also sort of ritualistic. First, a character is acquired. Then you can mold said character into someone who either looks vaguely like you, only with much different footwear, or style them after your fantasy self. I always go for fantasy self. And she always looks the same-like a gothic princess. I am a big fan of the ‘Lolita’ hairstyle, the frilly shirt, the layered crinoline skirt and the witch boots. I dye everything black and dark red, including the spiral tattoo on her chest. And after some careful facial tweaks she always looks my character from the previous Rock Band, only a little bit better-as though the artist designing her has graduated from high school and is now taking college courses on rocker personalities. With my friend and I back together again, I am ready to play.

I am the singer in our band, which can be fantastic or terrible depending on the mode of play. My customized setlists are usually full of Bon Jovi, Freezepop, some Journey, Kansas and Europe-my Final Countdown is EPIC. When starting a new game of Rock Band, however, our tendency is to begin with the ‘game’ portion where your little band starts by dinking around in local clubs and ends up in world stadiums. This is like Russian roulette vocals for the poor singer (me) in the band. On Medium I can sing just about anything you put in front of me…until Lego Rock Band did something terrible and innocently plunked the Jackson 5 and James Brown in the setlist. Harmonix, do you know how hard it is to sing a song where even the original singer didn’t perform the songs the same way twice? It was bad enough to stick David Bowie into every game. And The Beach Boys Good Vibrations in RB3? Following along after one person is hard enough, but trying to sing the parts of more than three people is ridiculous. It was a TRAIN WRECK. Granted, I never tried it in Harmony mode so I may have to retract my previous statement, but sometimes I think the game expects their singers to be superheroes of octave and pitch. Thank holy of holies for the new Pitch Correction. And I adore the new keyboard friendly list of 80s songs. Give me Roxette, Tears for Fears, Echo & the Bunnymen and The Cure any day. Oh, and John Lennon's Imagine, too?! I'm a little misty-eyed. As a singer, I am feeling the love. 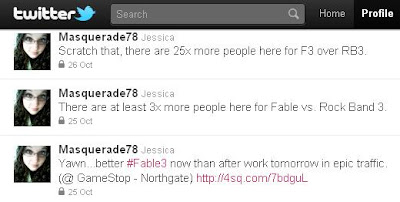 Although we are big fans of the Rock Band series we weren’t as eager to run out and buy it as we were with RB2. Matt and I were out of town at the time and stopped by a local Best Buy to grab it because we wanted to be able to play the game as soon as we got home from our road trip. This time around we knew we would get it, but it wasn't as much of a priority. When I was standing in Line A for the Gamestop midnight release of Fable 3 last October there was only a handful of people standing in Line B to pick up RB3. I even noted on Twitter that I was surprised by the contrasting turnouts. Compared to the gobs of people there to get F3, RB3 had less than ten. And now that Viacom is eager to sell Harmonix I am a little curious about the future of plastic instruments in gaming. Is this a fad that is about to see a fade out? Will the keyboard and the Pro versions of RB3 keep the franchise alive? Will Guitar Hero survive Warriors of Rock? Where do they go from here?

I know what you mean about the solo vocals. I turn on harmonies all the time whenever I'm singing now just because sometimes it's a more than little awkward when the game forces the solo vocalist to sing multiple parts.

It'll be interesting to see what happens with music games. Considering Rock Band 3 is holding at a solid 93 on Metacritic, I have to imagine that even if Viacom doesn't want Harmonix, someone else will. Clearly review scores aren't everything (there's a reason why I never score games in my reviews, after all) but talent like that just can't go to waste.

Neversoft, on the other hand, has driven every franchise it's touched in the last decade straight into the ground. I can't imagine we'll be seeing anything exciting out of Guitar Hero until someone else takes the helm.

Are you thinking about picking up the keyboard eventually? I can't vouch for it enough. Speaking from experience, it's way too much fun to have a few drinks and hammer away on the keys while drunkenly singing along to Saturday Night's Alright for Fighting.