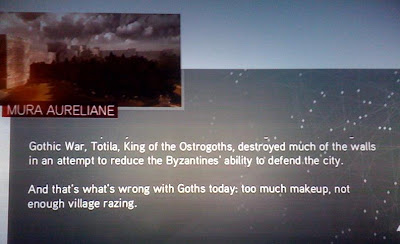 When you were out hyping the multiplayer aspect in Assassin’s Creed Brotherhood, spending all of your time and money trying to reach out to the online crowd in a blatant attempt to make gobs of money, you also should have been showcasing the gorgeous and incredibly engaging new single player story. The former is getting decent reviews while the latter is receiving glowing accolades. You made me doubt you, and that made me very apprehensive. Now that I am about eight hours into ACB and have spent about five of those in Sequence Three (basking in all of the new choices I can make while repairing shops in Rome and lighting viewpoint towers on fire), I have realized just how wrong I was not to trust that you wouldn’t let me, the devoted single player, be disappointed in a new chapter of my favorite franchise. Please understand my position here. I want more Desmond, I want more conspiracy and I want a new assassin-in other words, I still want Assassin's Creed 3. But I am utterly delighted by Ezio's Roman chapter and the improvements you have made in Brotherhood. Especially the combat. Finally, the Counter Attack works as it should-instant and flawless.

All I ask is that you consider the players who are already committed to the story of the Assassins and the captivating narrative that has driven us thus far and spotlight the single player alongside or even above the marketing of the multi. You’ve done admirably well with Altair, Ezio and Desmond’s story and I humbly apologize for all of the apprehension that I have vocalized. But you have to understand that you didn’t give me much warning that Ezio’s continuation would be anything more than a subplot to your larger intention to create a multiplayer environment from what, so far, has been an intimate player-character experience. I am still a bit wary about the future of the franchise considering Patrice Desilets’s departure for THQ, but I will try to withhold judgment if you really do decide to release another Assassin’s Creed next year, going against the wishes of the creative team who would like to give the series a bit of a breather until 2012 or so.

I was wrong. So far, the Story Mode of Assassin’s Creed Brotherhood is fantastic. And Cluster 5 was a total nightmare to solve-which I actually appreciate, because using subversive media to solve incredibly challenging visual puzzles warms my heart. 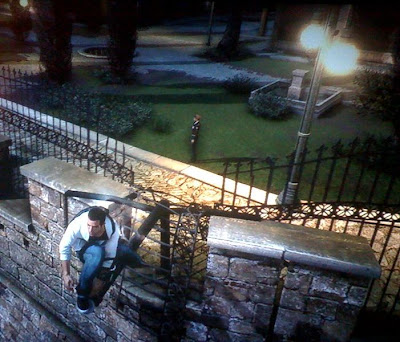 Desmond, are you sychronizing a viewpoint? Hmmmm...