This Was a TRIUMPH 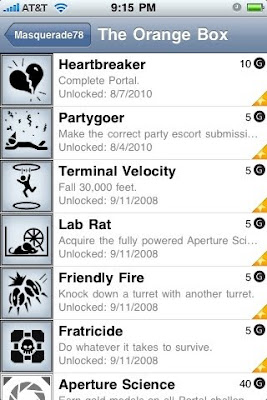 What began two years ago has now been completed. Apparently, I wasn’t that far from the end when I last faced GLaDOS in the heart of Aperture Science, since when I picked it up again I was halfway through Chamber 18. This was definitely a collaborative effort, however, since Matt & I kept passing the controller back and forth until I broke out of the ‘lab’ and then once again during the final battle. I remember struggling to successfully portal around the turrets in order to knock them over the first time around, but this time it was no problem and sneaking up on the little passive aggressive units was pretty entertaining. Oh, how I heart listening to them talk…or I should say I love listening to them panic when you pick them up and toss them over a ledge. 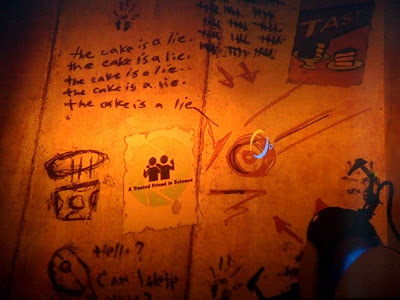 When the game transitions from the pristine setting of the lab and into the backdrop of industrial mechanics it gets way more interesting. It’s like sneaking underneath the rides at Disneyland and seeing the grease and grit of the machinery when all Walt wants you to see is the magic. The maniacal scratching on the walls from a previous ‘test subject’ added to the madness of the situation, and it reminded me a bit of Bioshock-crazy words and phrases decorating every room (and the escape theme, of course). Overall, I was ecstatic to have finished Portal because now I can enter P2 without feeling like something is missing. My excited anticipation is officially justified. 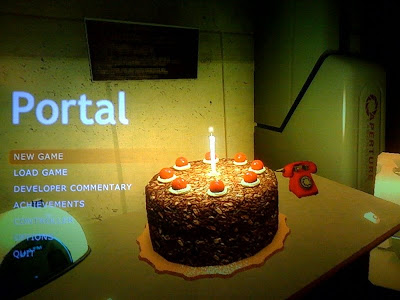 Posted by Jessica Dobervich at 9:59 AM

Email ThisBlogThis!Share to TwitterShare to FacebookShare to Pinterest
Labels: Portal, The Orange Box