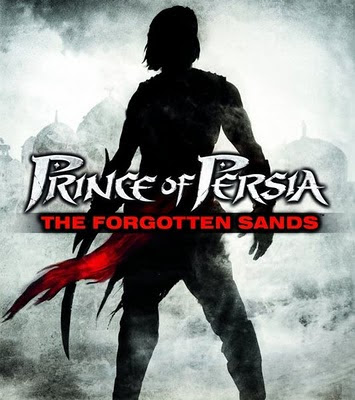 For those who love and embrace platformers, I salute you. I have spoken volumes about my frustration when it comes to the beloved platformer and my inability to correctly finesse the buttons into doing what is expected of them. I would love to chalk it up to my old age, but alas, it is just not part of my collection of mad gaming skills. But I did it. I finished Prince of Persia: The Forgotten Sands. And I would like to start by thanking my boyfriend, who does have the mad gaming skills I lack and was my savior when I couldn’t master the timing during a level near the final boss fight. I would also like to thank Ubisoft for placing the wall run command on the Right Trigger instead of the intricate jump and move that way combination I failed to grasp in AC2 & Prince of Persia (2008). Overall, I had a great time playing TFS and am especially happy because seeing the credits roll on an epic platformer was never something I thought I could achieve.

TFS developed really well in terms of elemental add-ons. The Prince progressively gains more supernatural abilities throughout the game, such as rewinding time or recalling destroyed areas of the palace from the gift of 'memory'. I adore these little quirks and got embarrassingly excited the first few times I saved myself using the ‘Rewind’ Button. For me, it was these progressive power additions that kept injecting life into a game that could have easily slid into pure monotony. The level design changed cosmetically while the mechanics remained the same, your objective being 'you are here…get to there'. You could tell that the same people who designed this game also designed the tomb levels in AC2-the presentation was identical. And although the narrative was almost non-existent, the landscape was truly beautiful. I never got tired of seeing the areas of the palace I was swinging around in, even if the actions never deviated beyond jumping from beam to beam or post to post. 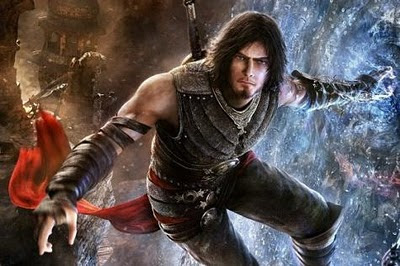 And I just love it when games give me graceful button combinations. Besides the combat, which was largely hitting A-X or just mashing X over and over again, the game used every button on the controller in a deliberate and easy to navigate way. Right trigger, wall run. Left trigger, stop water. Right button, rewind time. Left button, palace memory. I had such a great handle on how they all flowed together-it felt almost artistic when guiding the Prince along his path. With the exception of the waterfall triple threat near the end of the game, I never really felt like any of the puzzles were unsolveable. And that is a powerful thing for me-if I feel as though I have reached an impossible situation I get really frustrated and hesitate to head back in for more. The completionist in me hates giving up-I really dislike quitting a game that I am enjoying because of a challenging chapter. I am certainly blessed to have help during these difficult areas-Matt can champion almost anything I can’t.

I feel quite accomplished right now. I challenged myself and succeeded. And even though the combat was lame, it was just weak enough to make me itch to play another action adventure game. I knew it was time when I started emphatically yelling out, ‘more enemies, bring on MORE ENEMIES!’ during the fight sequences. Thank goodness God of War III is currently sitting on top of my entertainment center. 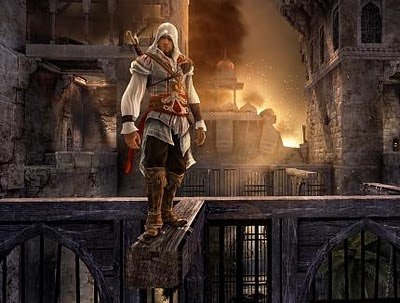 And of course I unlocked the Ezio skin via UPlay. I just wouldn't be a true AC fan girl if I didn't dress up my little prince as an assasin.

Email ThisBlogThis!Share to TwitterShare to FacebookShare to Pinterest
Labels: Prince of Persia: The Forgotten Sands