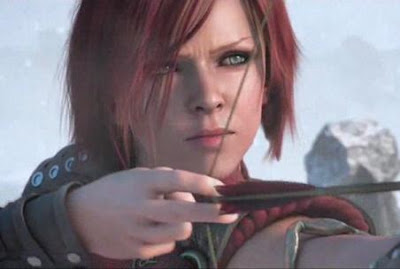 With the formal announcement of the Dragon Age sequel stimulating discussion all last week, Bioware picked the perfect time to release the next of the Origins DLC, Leliana’s Song. I am not sure if this will be the last of the bunch (how much content is built into this thing?) or if more will trickle out until early 2011 when all of the fans are introduced to Hawke, our new hero in DA2. I know that I am well stocked with DA material until then, considering I have yet to purchase Awakening (I am working on a steady increase in funds on Glyde, where I will soon acquire the epic DLC in physical disc form). It’s been especially nice to stretch out the playtime of DA considering I didn’t even start the first one until last spring when most of the DLC was already available. Leliana’s Song isn’t like the others, however, considering most of the previously released content dealt with side missions that were happening in real quest time. Instead, LS allows the player to go back in time and experience the series of events that led up to Leliana’s decision to join the Chantry.

I have to admit that I am not as familiar with Leliana’s story as I am with other characters like Zevran and Alistair. I spent a lot of time asking the boys questions specifically in order to build intricate relationships with them without really exploring the histories of anyone else standing around the campfire. And truthfully, I found Leliana’s voice to be grating so I never fully explored a relationship with her beyond specific quest based interactions. So going into Leliana’s Song I had an almost clean slate compared to someone who may have spent a lot of time conversing with her at camp. Leliana’s Song is essentially a story of her conversion from a naughty rogue to a follower of Andraste. We find her in Denerim with a renegade group who are troublemakers of the political sort, aiming to implicate and/or assassinate key figures under cover of night. But not everyone is to be trusted and the tables turn when Leliana is betrayed, left scorned and forsaken. Ultimately it is the Chantry that comes to her rescue and aids her in finding justice, leading to her eventual role where we find her during the Blight.

While playing Leliana’s Song I found that you could really push the envelope with just how cold Leliana could be-some of the dialogue choices seemed fairly far away from the girl we spent so much time with during the main quest. Whenever I was faced with a particularly hard-hearted choice I usually rejected it in favor of a more balanced response-more along the of what was ‘right’ vs. what was ‘deserved’. I understand that people can change, but would someone so intensely focused on treating people humanely during the Blight have started out with such a passion for vengeance? Even if so, I found keeping Leliana’s moral compass somewhere near her present one more comfortable than the alternative.

I really like the idea of fleshing out some of the back stories for main party members in Dragon Age. That was one of the highlights of the game-understanding that a lot of individual factors led everyone into joining forces with you against the Blight. I know it may sound kind of sleazy, but I think I would be most interested in a back quest involving Zevran and his seemingly infinite list of debauchery in Antiva. The great thing about Zevran as a character is how his life seems almost like a circus-full of drama and flair-so the DLC could be humorous and almost satirical. Maybe I just have a soft spot for the weasely little elf as he was the only one that decided to stick with me once the Blight was over.

In a game that devotes itself almost entirely to its interpersonal relationships I find it’s always beneficial to give the player even more information about them. I am sure that knowing a bit about Leliana’s past and why she joined the Chantry will add to the experience I intend to have with her when I eventually head back into my second playthrough. Overall, though, I thought seeing Leliana as a mischief maker was definitely worth a few bucks and a couple of hours back in Ferelden-even if it didn’t add any content to the main story and ended up exactly where you thought it would.