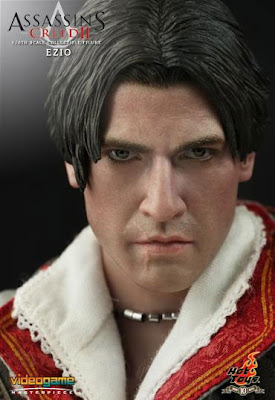 In an article released today on Eurogamer, it appears that Ubisoft has decided to put some distance between further developments in my favorite series, Assassin’s Creed, letting the franchise incubate for awhile. Quoting Ubisoft’s Jean-Francois Boivin:

“Honestly, I think for the benefit of everybody…I believe that this license needs a breather. You can't plough a field every year. Once every three years – or once every something – you have to let it breathe. You have to let the minerals back in. You want to keep people excited. You gotta make people miss it a bit.”

As a devoted fan, I wholeheartedly agree with this sentiment. I am more than willing to wait until 2012 or 2013 for the next installment of the game series, especially knowing that it will set a new assassin in a place in history other than Medieval or Renaissance times. Part of the fun of AC is the setting. The designers do backdrops extremely well with their attention to detail-glittering waterfronts and exact replicas of Italy’s most famous building structures. The panoramic views alone stop my breath. I can’t wait to see which era they choose next. So allowing the Ubisoft team a few years to fully actualize another time period and back story for Desmond’s next ancestor can only improve the game that much more.

I can understand why Brotherhood is being released only a year after Ezio sprung onto the scene-it is a continuation of his story using the same basic design with the added multiplayer aspect. And Ezio is a brilliant lead, with all the characteristics of a renegade hero-family slain due to crooked politics, fighting corruption above the law while still managing to accessorize well (check out that belt buckle!) while scaling walls like Spiderman. Whereas Altair had ‘mystery’ (scant back story or charisma) in the first game, Ezio has personality. As a player, I instantly invested in Ezio far more than Altair, even if I didn’t necessarily have a preference one game over the other. I think of them as chapters in a book, with the future being the central string tying them all together. I am just as interested in eventually playing Desmond’s story as I am walking in his ancestor’s shoes.

Even though I know I will play through the single player mode in Brotherhood, I admit I would consider skipping the end of Ezio’s story because I already played that game. I don’t understand how AC2 and the subsequent DLC chapters weren’t a conclusion and I don't play multiplayer games online because I prefer AI to people (less harassment). To me it feels almost like pandering to the crowds who are currently spending all of their time in Party Mode with their friends in MW2 or RDR, as though deciding to design and release Brotherhood has almost nothing to do with the captivating book I have been reading for almost three years but everything to do with making money right now. Even Boivin says that in terms of holding another AC release:

“business can come back and override everything I say because at the end of the day it's about selling games…We have some business people that will eventually put a date and say, 'This needs to come out'. We have our creative people, who are also pushing on their end, saying, 'We need this much time to do something new and refreshing’.”

I hope the creative team wins this round, because I certainly love them far more than the men with the money. And as an utter AC fan girl, I would like to send them a message that I am willing to wait years for the next chapter in Desmond’s story, confident that the newest incarnation will be beautifully developed with care. 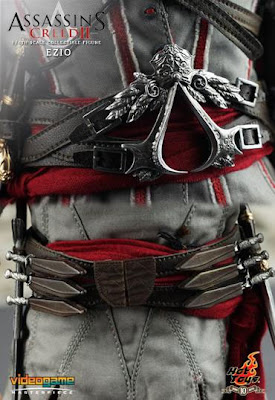 "[For AC3] We know exactly where we're going," Boivin said. "It would lack vision and blunt intelligence to wing it episode after episode. We have to have some vision with the story…It's the story of Desmond Miles, and it's the story of a machine called an Animus that reads genetic memories from your ancestors. It has to stay in there."

*The photos above are from a post on Kotaku displaying the latest Ezio figure by Hot Toys. Beautiful!