After two years of living in a not so desirable part of Seattle, Matt & I have moved to a beautiful new apartment closer to the city in the Greenwood neighborhood. And whereas he is incredibly meticulous and organized when it comes to the packing and unpacking process, I tend to just chuck things into bins at random. So when I started unpacking various unlabeled boxes, I uncovered treasures: 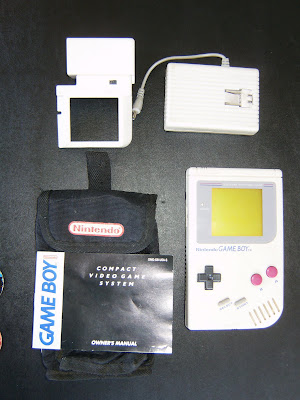 When I shook everything out of the bag two Halloween Pogs fell into my hands along with the games and accessories. Nice! It's a tiny time capsule! And I think I originally had more games than this (I could've swore I had Link's Awakening), but here is what ended up being stowed away: 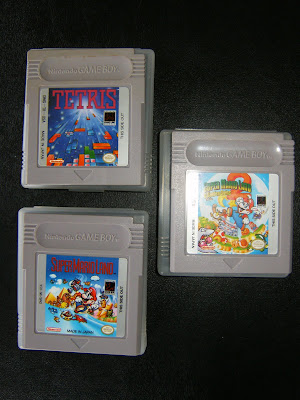 I remember playing a LOT of Tetris while in elementary school during recess. I also had a Tetris watch when I was in middle school that everyone asked to borrow from me constantly. Apparently Tetris was my thing.

Delving into another haphazardly packed bin unburied this bit of greatness: 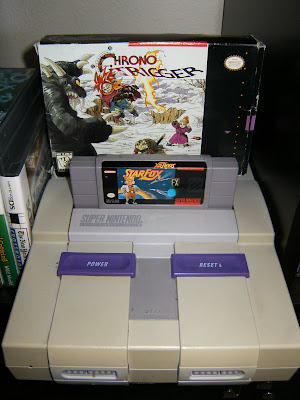 Sadly, this isn't my original SNES. I acquired both the console and Chrono Trigger via a nostalgic eBay purchase in the late 90s while attending college. The small bit of plastic guarding the cartridge has never been removed. Shortly after buying the combination I discovered emulators and never needed to even hook the SNES to the television to play CT. That doesn't mean I don't love it immensely.

Back to unpacking, where I am pretty sure my next discovery will be a Sega Game Gear with Sonic the Hedgehog 2 and Mortal Kombat 2...