Why My Experiment with Wii Home Fitness Failed 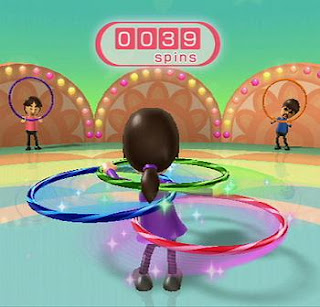 Last October I decided that going to the gym is boring. Well, I thought this all along but still went on a semi-weekly basis because it was the right thing to do. And although I never minded the actual exercise, I really hated the monotony of the programs. So when Nintendo announced last fall that it was adding more game elements to it’s Wii Fit program I thought it would be a great alternative to the slogging routine of a post-work gym membership. Instead of chugging along on an elliptical three times a week I could play a game that would whip me into shape. I love games! The week Wii Fit Plus was released I cancelled my gym membership, marched into a Best Buy and confidently purchased the system and the game. I think I even did the math, bragging about how much my gym dues were versus my new Wii + Wii Fit Plus as some sort of long term investment plan. Obviously, I was a financial genius. And now we had the Holy Trinity of gaming systems as well. IT WAS BRILLIANT.

And for one month, it was brilliant. Every other night I would drag the balance board out, queue up several of the pre-programmed workouts and sweat it up in my living room. I quickly discovered my favorite of the mini-game type routines and was excited when they would appear during the session. I was a hula hoop and marching band master. I could never juggle well, but it didn’t matter because I was exercising. All through October I looked forward to my Wii workouts. But as October transitioned into November the love started to wane. A couple of days would pass where I would make up some excuse not to play and then it would turn into a week. It wasn’t because I was lazy and didn’t want to work out (well...), I just wasn’t terribly interested in the game anymore. Plus the game is programmed to make you feel extra guilty if even two days passes without a workout and I admit I was avoiding the computerized guilt trip more than anything else. The only way for a game like Wii Fit to have any impact on you physically is to use it all of the time. And with the limited amount of programs there wasn’t enough content to keep me motivated to continue playing. With the exception of maybe Rock Band, I have a really hard time playing the same game for infinity. This is why I am not a MMO gamer. Now, I’ve never played an MMO so I will admit I don’t fully understand what goes on inside the magic WOW box…but the idea of going back to the same world over and over again and engaging in the same type of general game play sounds monotonous even if all of my BFF are with me.

I wasn’t ready to give up on my new BRILLIANT workout plan, however. I decided that Wii Fit just wasn’t strenuous enough of a workout and acquired EA Active. Now, THIS was a workout game. I was running, doing squats-lunging! And the routine changed day to day-perfect! Yep, for two weeks. Once again, I got bored. I know my perspective was wrong-I should have been thinking about both as workout programs instead of GAMES. But I couldn’t. My BRILLIANT plan failed after only two months. I suppose I should know more about my motivations to play-I kept thinking that since at heart I am a gamer and not a workout maven that this would be the best plan for me to follow. But alas, I am a gamer with a limited attention span. This is why I am a console gamer-I love the mechanics of a great game, but I also love the epic cut scene at the end followed by the credit roll and the promise of something new on the horizon.

So here it is, April, and I am heading back to the gym. Now that I have my iPhone I have a BRILLIANT new workout plan that includes uploading videos and watching them while chugging away on the elliptical. Tried and true results, I guess. Matt bought Just Dance last night and we giggled and hustled around the living room to such classics as Eye of the Tiger and Step By Step (NKOTB forever!!). After an hour I realized that I was sweating and my heart was racing and briefly entertained the idea of entering it into the workout plan but quickly tossed that idea aside-I can now admit that I would be setting myself up to fail. I will treat Just Dance like I do any other game and just enjoy it before the next new and shiny comes along.

In other news I have now reached the 7.75 hour mark in FFXIII. I think I deserve something sparkly. Maybe some sort of Spark Ring.
Posted by Jessica Dobervich at 11:24 AM

I just started going to the gym again too! Maybe we can gym together!

I think both of us are going to join the gym on Lake City Way...I think it's called Mieko's Fitness since it's close to home-but you are more than welcome to come over and Just Dance with me-it's fun and sweat inducing! I find myself shimmying to Britney Spears a lot and am probably traumatized now.