A Link to My Past 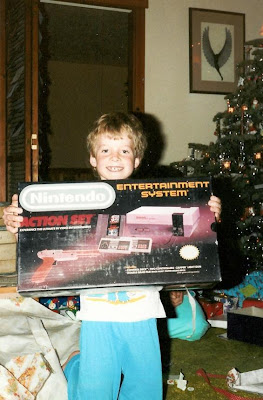 When I was a preteen gamer I loved playing Super Mario, Zelda and Dr. Mario. I was lucky to have a little brother who asked for console systems for Christmas and birthday gifts, so by the time I was a teenager I was grinding levels in Final Fantasy III for the SNES having already kicked some Shadow Link ass in Zelda 2 for the NES. Without Jordan I would never have become the adult gamer I am today. While I was asking for things like My Little Pony houses and Barbie dolls he was making sure we had copies of Ghosts & Goblins and Friday the 13th in our house. By the time I realized all that girly junk wasn’t really my style we had graduated to the SNES and I was knee deep in Chrono Trigger and painting watercolors of Magus in high school art class. We were always a Nintendo family-no Sega Genesis in our house. I didn’t even play one until high school when a friend introduced me to Sonic while listening to Blue Oyster Cult on vinyl (pretty good mix if I say so myself). There is even an XBAND story from our youth-our first real digital connection with a gamer community and a place to play Killer Instinct with strangers. For those who are confused, imagine a less functional version of Xbox Live without any pretty colors and graphics. ( Weirdly enough, I also remember receiving a lot of creepy poetry from teenage boys with handles like “Church of Satan”. I guess teenage girl gamers in the early 90s weren’t as prevalent as they are now, so the novelty was noteworthy.) We moved from Nintendo to Sony to play Final Fantasy VII and by the time I was in college I had a SNES of my own and a PS2 that I used to play a lot of (drunken) SSX Tricky with Jordan and his friends. From there it was a hit and miss ride with whole years passing in between games. It was a Guitar Hero 2 session with Jordan that brought me back to my roots via the Xbox 360 and I’ve been here ever since-and more passionate about it now than ever before.

I was thinking about video games in relation to my brother this week because he finally broke down and bought a PS3 to primarily stream media ala Netflix. Although Jordan was the purveyor of the video game paraphenalia in our childhood household he has left a majority of his gaming life behind. He's now a savvy business owner and outdoorsman, preferring faraway travel and mountain cabins to consoles and controllers. But for the first time in our adult life-where I am now the primary gamer in our family-Jordan and I have been reconnected via the PSN and I felt a little nostalgic for those days when we used to play together as kids. Jordan may only play Guitar Hero and some Katamari now (hopefully I can talk him into at least trying things like Bioshock and Assassin's Creed), but just having my brother there makes me happy.

*The above photo was used without permission from the subject. :)