A Scene It! Lament 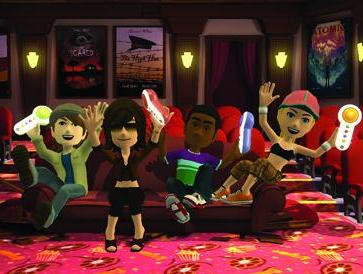 None of my friends will play Scene It! with me anymore. After working in the video rental world for about ten years of my adult life, I have to admit that I am a mighty challenging opponent. But come on…really?

When the first of the Scene It! series was released on the 360 I was eager to buy it because I thought it would have a lot of replay value. Any party game has purchasable merit because it encourages group play in drunken scenarios. I mean, would Mario Party really be any fun without alcohol? (The answer is no.) This was one I knew I would love because it combined my love of video board games and movie fandom. Matt was also excited to play-not only is he a movie lover himself, but also because of the whole ‘lack of limited same screen co-op or multiplayer games’ that I rail against often-we could play against each other! What fun! It turns out, it wasn’t any fun. For him. Not that he doesn’t have an above average knowledge of film content, but because I am apparently an unstoppable juggernaut of movie knowledge and response speed. Mere competitive spirit isn’t enough for him to want to continue playing with me. And no, this isn’t bragging, this is my unfortunate truth. When you think about it, it’s actually sad when your significant other will no longer play a game with you. Now instead of being my opponent, he has made himself my number one motivator, cheering me on during multiplayer games with strangers online.

So about the strangers online…Matt gifted me with the second in the series for Christmas of 2009 (See? He’s supportive!). The online multiplayer was immediately one of my favorite options (that and the ability to use your own Avatar) because I could now play real people who would challenge me! It turns out, they didn’t. I was still beating the pants off of almost everyone online (I did find a couple of competitors who beat me, but it was never by much…I would say my kill/death ratio was about 25/1). Most players dropped out mid-game, leaving me alone on the little animated couch in the end, holding my little trophy in an empty screening room where originally two or three other Avatars sat. And I have a hunch that my newly discovered anti-rep points for ‘aggressive behavior’ against my Xbox Live account are from these dark days. So now the strangers wouldn’t even play with me (and have terrible gaming habits, obviously). But surely I had some old Blockbuster friends who would play with me, offering the challenge I was looking for…right?

It turns out, most of them couldn’t. One of my good friends graciously agreed to play with me after hearing me lamenting about Matt bowing out. She was an ex-BBV employee and a movie lover as well, so I figured we were about even in the playing field. And indeed, Abi is an above average player and can surely kick your ass, but alas, I was still undefeated. Now she won’t play with me either. We did get together for a four-player couple playoff night awhile ago, but haven’t repeated the process since. Another friend and current BBV employee, Eric, and his lovely wife, Stefanie, had Matt & I over for a game night where Eric insisted I bring the game. If anyone was going to beat me at Scene It!, it was going to be Eric. But here is where I found that it’s not just the movie knowledge that was helping me achieve the high scores-it is my ability to read and respond more quickly than the other players. As I have stated in previously blogs, I am a voracious reader and have learned the art of scanning words for quicker consumption-aka serious speed reading-and one of the ways to earn higher scores in Scene It! is to answer rapidly following the displayed question. So I will concede that Eric probably would have certainly taken my Scene It crown that night if response time wasn’t a factor. But this is debatable, as it still has not been proven.

Finally, after so much rejection, about a year ago my friend Jenn Mac came over to play some Rock Band with me and agreed to take the Jessica Scene It Challenge. And she beat me. Repeatedly. But then she moved to the East Coast and abandoned her Xbox Live account shortly after. So here I am, a lonely single player Scene It! lover, holding the third in the series in my almost undefeated hand and wishing someone would play with me.

*In no way do I want to make it sound like any of the wonderful people mentioned above are not brilliant and unbelievably good sports, because they are. It’s not them, it’s me.
Posted by Jessica Dobervich at 1:17 PM

Email ThisBlogThis!Share to TwitterShare to FacebookShare to Pinterest
Labels: Scene It