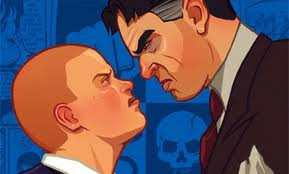 I am not ashamed to admit that I am not a fan of Oblivion. (And although I adore the nuclear winter concept, I did not even attempt to play Fallout.) These open, hyper-free sandbox worlds frustrate the roaring OCD monster inside of me that needs boundaries in my games. When I started playing Oblivion I explored the world for awhile-gathering several missions as I went-but apparently strolled off the trail and lost the linear storyline somewhere along the way. Ultimately, that was the one and only time I played it. Maybe it’s the completionist side of me that needs to feel like I am working systematically towards an ending. I do, however, like the sandbox games that combine the elements-the storyline is always available, but there are also a lot of side quests you can do if you want (which is why I should probably give Mass Effect another shot, eh?). Assassin’s Creed is an obvious example of this-which is one of the reasons why I am such a devout follower of the series. And although I could probably talk about AC2 or Fable for another hundred entries or so, let’s talk about Bully instead.

I was introduced to Bully: The Scholarship Edition when it was re-released on the 360 in 2008 (it was originally released on the PS2 in 2006). You play as Jimmy Hopkins, the new kid at Bullworth Academy, and your goal is to earn the respect of several groups of students-jocks, nerds, townies (greaser types), and rich preppies. You have a home base-the boys dorm-and a general goal-to graduate high school. The bulk of the linear game is mission-based. You do favors for one of the townies and they are less likely to beat you up when you wander on their turf. If you then turn around and do favors for the jocks, they in turn will give you less grief, etc, etc until in the end you are popular and well-liked by all of the subsections of a stereotypical high school. In between there is a great group of side missions including a paper route, lawn mowing jobs, navigating around a carnival (including a back tent freak show!) and a handful of bike races. Basically, a sandbox game with a bunch of typical PG-rated activities that parallel the R-rated ones that would be in GTA. Surprisingly, the world of Bully is pretty large and well thought out-each ‘town’ section (there are several) are urban representations of the social structure of the high school-the townies hang out in a more beat down section with broken fences and walls covered in graffiti while the preppies live in a neighborhood on the highest hill and have gated homes with manicured lawns. There is even a “Medical Facility” (see: Crazy House) tucked away on the outskirts of town and a more blue-collar area which is mostly trailer homes and lumber yards.

The whole thing plays like a T for Teen version of GTA, which creates a more endearing environment than many of the adult games in the genre. Instead of carrying a gun you carry a slingshot and some stink bombs. There are teenage girls to nervously woo and sneak kisses from and passing class is a priority (I liked biology even if the dissections were hard!). If you fell asleep too early on Halloween you would miss a mission called “The Big Prank” which involves a skeleton costume and, well, a dog (I won’t elaborate, but just imagine you are a teenage boy with a brown paper bag, a dog and a lighter). I spent a couple of weeks completely caught up in Bullworth and it was one of the best gaming experiences I have had to date. Every time I snuck a kiss from a girl in the game Matt and I would celebrate with a kiss of our own. (He also won some of the bike races and shot glass bottles at the fair for me.) Innocent and completely engaging, I would recommend Bully for anyone who like the sandbox game but wants to play something less murder/mob boss and more comic book/girl’s dorm panty raid.

In other sandbox news, I played the last of the AC2 DLC last weekend. I have to admit, I didn’t enjoy this one as much as the last. I think when Memory 12 was released I was so psyched to have more game to play that I forgot about how it felt to be immersed in the story so completely. For Memory 13, I felt more disconnected from the experience as a whole. Too much time has passed. The new content contains all combat/stealth missions. To get your Piece of Eden back (it was stolen in Memory 12) you are asked to assassinate nine of the Mad Monk’s followers ala the Bonfire of the Vanities. I liked the super stealth missions because they forced you to actually be a cloaked-in-the-shadows kind of assassin. They also introduced a new section of Florence and a new move, the spring board, which you only HAVE to use a couple of times (I saw a bunch of places you could use it, but no reason why to do so). An extra couple of bucks will give you access to a few more templar lairs (platforming!!!). If you are just starting to play AC2 and can add the DLC into your playthrough flow it would be fabulous, but I am now too far removed for it to feel like anything more than a need for closure.

We are playing Lego Indiana Jones 2, which I have to admit feels kind of like a chore. I want Lego Harry Potter instead.
Posted by Jessica Dobervich at 4:14 PM